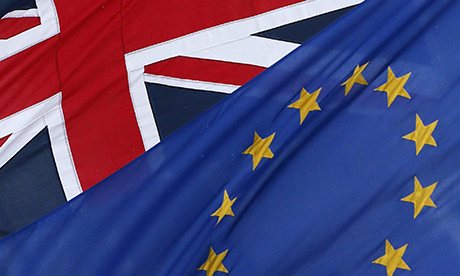 Spread the love
By Eric Ojo
The European Union (EU) has reiterated its opposition against the use of capital punishment which continues to infringe on the right to life and human dignity wherever it is being practiced across the globe. 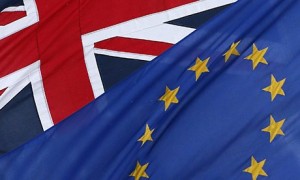 The EU said the practice is not only inhumane and cruel in nature but also an unnecessary punishment which has failed woefully in preventing crime.
The observation was made in a statement signed by Thorbjørn Jagland, Secretary General of the Council of Europe, and Catherine Ashton, EU High Representative for Foreign Affairs and Security Policy, to mark this year’s European and World Day against the Death Penalty.
The statement however noted that although the EU was impressed by the increasing number of countries that have abolished death penalty all over the world yet it is still very worried by the renewed lapses in efforts geared towards eradicating the practice globally.
“Although we are encouraged by the growing momentum towards abolition of the death penalty worldwide, the resumption of executions and breaches of decades of moratoria in different parts of the world clearly mark the necessity to pursue our long-standing action against the death penalty, in Europe and worldwide. Today, on the occasion of the European and World Day against the Death Penalty, the Council of Europe and the EU reiterate their strong opposition to the use of capital punishment”, the statement said.
The statement noted that the voices in favour of the death penalty within some parts of society, including within the European continent, show that there is a continuous need to spell out why the death penalty runs contrary to the right to life and to human dignity.
It further observed that based on the fact that no execution has taken place on their territory for the past fifteen years, the EU and the Council of Europe share the common overarching objective to consolidate the abolition within and beyond its borders, adding that Protocols  6 and 13 to the European Convention on Human Rights as well as Article 2 of the Charter of Fundamental Rights of the EU which is binding on all European nations, call for the death penalty to be abolished.
“In this context, we urge all European States which have not yet abolished the death penalty de jure in all circumstances, to do so by ratifying the relevant protocols to the European Convention on Human Rights. The Council of Europe and the EU regret the continuous use of death penalty in Belarus, the only country in Europe still applying it. We urge the authorities of Belarus to examine and explore all possibilities available in order to introduce a moratorium on executions as a first step towards abolition.
“We welcome the extraordinary efforts of the cross-regional alliance that successfully led and guided the adoption, with an unprecedented number of votes, in December 2012, of the UN General Assembly Resolution on a Moratorium on the use of death penalty.
“We would like to stress the symbolic and substantial importance of the 5th World Congress held in Madrid on 12-15 June 2013 and warmly congratulate the organisers, the four European countries which acted as main sponsors and the other European countries which contributed to the event. The extensive and diverse participation to this Congress clearly shows the worldwide tendency against the death penalty. The Council of Europe and the EU will continue to work closely with all interlocutors, governmental and civil society, with a view to developing synergies towards universal abolition”, the statement stressed.
The statement also urged the Candidate Countries Turkey, the former Yugoslav Republic of Macedonia, Montenegro, Iceland and Serbia, the countries of the Stabilisation and Association Process and potential candidates Albania and Bosnia and Herzegovina, and the EFTA countries Liechtenstein and Norway, members of the European Economic Area, as well as Ukraine and the Republic of Moldova  align themselves with the declaration.
It however pointed out that the former Yugoslav Republic of Macedonia, Montenegro and Serbia continue to be part of the Stabilisation and Association Process while Iceland continues to be a member of the EFTA and of the European Economic Area.