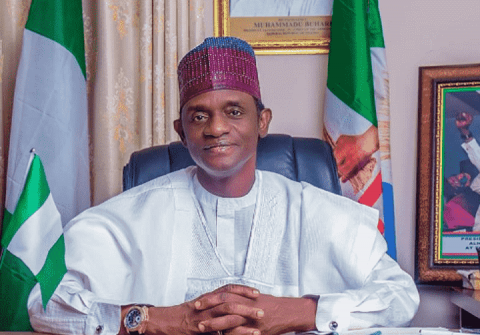 (AFRICAN EXAMINER) – Barring any last minute change of plans, the National Caretaker Committee of the ruling All Progressives Congress (APC) led by Yobe state governor Alhaji Mai Mala Buni has resolved to dissolve all the states executive committees of the party across the country.

According to our sources, the sacked state executives of the party will be converted to caretaker members pending when a new election would hold in the states.

African examiner gathered that the decision to dissolve the excos is to ensure that dates for congresses and primaries for the party are not held in the same year.

Meanwhile, President Muhammadu Buhari participated today (Tuesday) in an emergency virtual meeting of the National Executive Committee (NEC) of the All Progressives Congress (APC) at the State House, Abuja.

The Senate President, Sen. Ahmad Lawan; Speaker of the House of Representatives, Femi Gbajabiamila; all State Governors elected under the platform of the APC are in attendance of the meeting, physically.

The National Chairman of the APC Caretaker and Extraordinary Convention Planning Committee, who is also the governor of Yobe, Mai Mala Buni, had late November scheduled the meeting to review party’s positions on some issues affecting it.

The APC had on Nov. 10 announced timetable for the commencement of party registration of new members and re-validation of all members of the All Progressives Congress (APC).