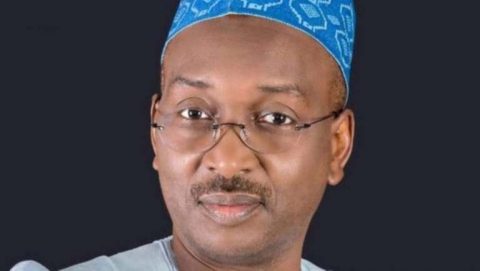 Lukman said this in a statement on Friday in Abuja. “The issue of Fani-Kayode’s drifted attempt to join the APC is a clear instance of attempts to manipulate some of our leaders into accepting membership of someone who ought not to have been considered as member of our party.

If that was the case in the past, it is better late than never to correct such a mistake; as party members, we were able to rise up to the challenge of engaging our leaders. “Fortunately, we are able to gain the respect of our leaders and surely, moving forward, issues of who qualifies to be a member of our party will be clarified unambiguously,’’ he said.

Fortunately, we are able to gain the respect of our leaders and surely, moving forward, issues of who qualifies to be a member of our party will be clarified unambiguously,’’ he said. According to Lukman, debating the issue of who should join the APC or not, represented qualitative difference between the party and others. He said if it was the People Democratic Party (PDP), once the national chairman acted on a matter and backed by a serving governor, members could only grumble. Lukman said that the capacity of leaders to correct wrong political actions was critical to developing the country`s democracy. He said that those supporting APC leaders’ efforts to transform the party into a viable democratic platform needed to work harder. “In doing so, we must not allow the current public mindset of condemning politics, our leaders and our country to provoke us into being defensive,’’ he said. The PGF DG said allowing this would deprive such persons the needed strategy and confidence to engage the party`s leaders. He added that the challenge of protecting the party and its leaders was not about denying wrong actions but taking steps to correct such wrongs when they occurred. “There will be many instances of possibility that our leaders and our party may take wrong decisions. “Our capacity to correct those wrong decisions is what our politics require and not some fantasies. “No amount of declaration, whether with reference to values or ideology can develop our politics, our parties, our democracy and our nation. “It is our capacity to get things done and especially get wrong actions corrected that can develop our politics, our party, our democracy and our nation,“ he said. Salihu expressed happiness that his voice and that of other stakeholders were guaranteed and affirmed by APC leaders. He said as an employee of governors who formed the PGF, it had been a privileged opportunity for him to speak out openly on matters within the purview of leadership initiative. “Rather than my leaders, including our governors, relating to me as a subordinate who should only take instructions, they recognise and respect my views as a loyal member of the party, “ he said. He maintained that APC chieftains should therefore see it as a responsibility to speak out to protect and defend the leaders. (Culled From Vaguard)