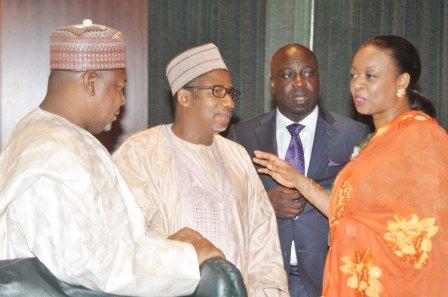 As part of measures to realize its revenue projection of N2.2 trillion for 2014, the Federal Executive Council (FEC) on Wednesday, November 27, 2013, approved the appointment of a consultancy firm to collect the additional N75 billion  tax revenue in 12 months, for the Federal Inland Revenue Service (FIRS) 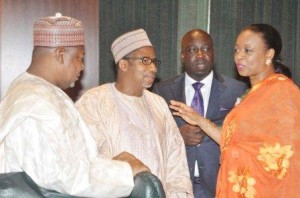 The firm, MacKinsey and Co., will charge 1.75 per cent of the money collected as commission for its services, as part of a strategy deployed by the Federal Government to increase the nation’s revenue base from taxes.

Briefing State House Correspondents after the meeting, Minister of Finance and Coordinating Minister for the Economy, Ngozi Okonjo-Iweala, said the measure would plug several of the leakages experienced in the tax collection system and boost national non-oil revenue.

The minister explained that Nigeria’s tax to GDP ratio currently is relatively low at seven per cent compared to other countries of the world.

“Our aim is to move from seven percent to 22 per cent over time in the medium term. We are hoping over the next five years, the country will move gradually to this ratio.

“We want to do that through blocking all the loopholes and leakages in tax collection. That is why we sort to find avenues to support the FIRS” she noted.

She lamented the severity of tax evasion by corporate organisations and businesses, including those which pay less than they are supposed to pay or have continued to claim tax exemptions even when such incentives initially offered by government had lapsed.

According to the minister, 65 per cent of registered tax payers have not filed returns in the past two years while about 75 per cent of medium and small businesses currently in the tax system were also not paying tax at all, even as about 30 per cent of the companies operating under pioneer status abuse the incentives and evade tax.

“The essence of the contract is to assist the FIRS to increase non-oil tax revenue.

“After deliberations, Council ratified the President’s anticipatory approval for the award of contract for the provision of technical support for non-oil revenue enhancement and capacity building services to the FIRS in favour of Messrs Mckinsey & Company in the sum of N1.47 billion (inclusive of all taxes equivalent to $8.75 million) with a completion period of 12 months”.

The Council also approved a contract for the supply of 70,000 voters card readers for the Independent National Electoral Commission (INEC) ahead of the 2015 general elections.

Minister of Information, Labaran Maku, who did not disclose the contract sum for this tranche of the equipment, said it was in favour of the contractors with the least quoted unit.

According to him: “After deliberations, Council approved the award of contract for the supply of 70,000 software development and support for the permanent voters card Radio Frequency Identification (RFID) Readers in favour of the contractors with the least quoted unit.”

Contract for the rehabilitation of Section 1 (93.6Km Ilorin-Jebba) of the Ilorin-Jebba- Mokwa-BirninGwari-Kaduna road, was endorsed by FEC to cost N14.58 billion.

The rehabilitation of three federal roads across Kogi/Kwara, Bauchi/Plateau and Adamawa states and dualisation of one federal road in Kano state was approved by the Council.

They include the rehabilitation of Ilorin-Omuaran-Kabba road in Kwara/Kogi states (N8.21 billion); the dualisation of Phase 1 of Kano-Katsina road at Dawanau roundabout, Katsina/Kano border (N14.07b).

The other is the rehabilitation of Tumu-Pindiga-Kashere road in Gombe state; Futuk-Yalo road in Bauchi state; Bashar-Dengi road in Plateau state at a cost of N3.07 billion.

The FEC further approved the National Addressing Policy proposed by the Ministry of Communications Technology, which seeks to standardise and ease house numbering and identification in the country following difficulties being experienced in locating house addresses.

The Policy sets out the framework for the development and implementation of an addressing system in Nigeria and enhance connecting people to public and private services, human rights and setting the foundation on which critical national policies can be built.