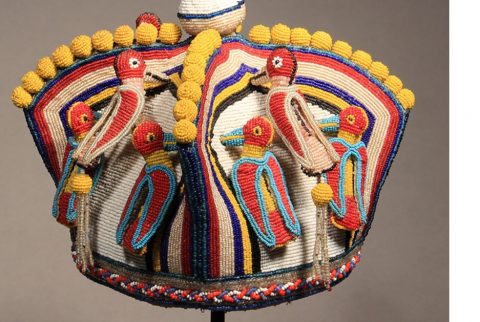 (AFRICAN EXAMINER) – The traditional ruler of Ilogbo Ekiti, Oba Edward Ajayi, who abandoned the throne six months ago for safety, having been chased away by angry subjects over certain offences, has returned.

The Oba’s return was facilitated by the state government which intervened in his plight to enable him to reclaim the throne.

Special Assistant to the state Deputy Governor, Mr Odunayo Ogunmola, said in a statement in Ado Ekiti on Sunday that his principal, Chief Bisi Egbeyemi, mediated in the six-month-old crisis on behalf of Gov. Kayode Fayemi.

He said government had fully resolved the crisis rocking Ilogbo Ekiti, in Ido/Osi Local Government, where the indigenes were locked in dispute with their monarch.

He said the deputy governor called on the stakeholders in the town to allow peace to reign and bury the hatchet.

According to him, Egbeyemi made the appeal shortly after the signing of the Memorandum of Understanding (MoU) to end the crisis, at the Conference Hall of the Office of the Deputy Governor in Ado Ekiti.

He said the resolution of the conflict followed the signing of the MoU by parties to the crisis and critical stakeholders in the town.

“The monarch had been prevented from entering the town and occupying the palace for the past six months.

The monarch was accused by his subjects of alleged highhandedness, autocratic tendencies and withholding of monthly allowances of his chiefs.
He was also accused of failure to control his children whom they alleged were involved in cultism and bringing suspected cultists to their town to unleash terror.