“Except in the eyes of the extremely naive and incurable swindlers in the corridors of power, this country has already collapsed; only that the horror of its probable disintegration would be difficult to face.” – Godwin Onyeacholem 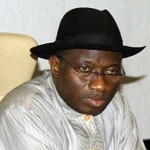 Nothing proves the assertion that the edifice called Nigeria has effectively collapsed and is in need of an urgent and fundamental renovation than the recent laments of our rulers, past and present. These laments would have been laughable if not that they are tragic. Unfortunately, the laments also show that we can’t rely on these rulers in any attempt to reclaim Nigeria.

In late July, former head of state, Gen. Yakubu Gowon, was quoted as saying, “An enduring way to tackle Nigeria’s problems is to reorder the polity”. Gowon spoke during the first session of the 11th Synod of the Anglican Diocese of Owo, held at Saint Andrew’s Anglican Church, Uso in Owo Local Council of Ondo State. “What is happening in our country today calls for sober reflection, as we entreat God on behalf of our nation,” he said.

Since Gowon’s spiritual panacea, we have heard from the usual suspects: Olusegun Obasanjo, Ibrahim Badamosi Babangida (IBB) and, of course, President Goodluck Jonathan. Obasanjo it was who declared that if Nigerians were yet to find a leader worthy of commendation after 53 years of independence, “We are jinxed and cursed; we should all go to hell.”

IBB in his characteristic bluster promised us, during his 72nd birthday soiree, that there was no way Bottom of Form

this cracked house would implode. And the reason? Just because Babangida said so. In a chat with the unquestioning horde called journalists who go on pilgrimage every August to his Minna country home, IBB allayed fears of the dismemberment of the country, noting that such a prediction “will make Nigeria to emerge stronger and more united come 2015”.

The military strategist that he is, IBB assured us that the current security challenge in the country is not even sufficient to cause Nigeria’s disintegration. “We are only crying wolf when there is no cause for it,” he noted. “Folks, forget about disintegration in 2015. I can’t see it happening. A country that will disintegrate, you will know it. It is not something that happens in one or two months. The disintegration of Nigeria is just out of question”.

“People say all sorts of things to instill fear in others. If the majority of the people believe in the unity of the country, then why do they worry about someone saying it will disintegrate? I know it wouldn’t. People are just crying wolf.

“Nigeria is one of the amazing countries we have in the world. If you live outside Nigeria and you hear and listen about the happenings in the country, you will think the world is coming to an end, only for you to come to the country and see the people, they are happy, laughing, attending football matches and doing other things. That is Nigeria for you.”

I wish I could share IBB’s optimism. It is either IBB lives in a country different from that which majority of Nigerians inhabit or he is patently mischievous. We would like to hear from IBB why he thinks Nigerians are happy. Is it because of the peace they enjoy, the quality education for their children, the good roads, or the constant power supply?

My take is that majority of Nigerians do not really give a damn about the disintegration debate because to them the country started disintegrating the very moment it became a sovereign nation, when our rulers had the opportunity to build a united and prosperous nation but they were so mired in their clannish and thieving ways to worry about that.

It was the same clannishness and thieving ways that IBB and those who came after him imbibed. That is why more than five decades after independence we are still debating unity rather than how to sustain a functional educational system, manufacture our own cars or feed ourselves.

For many Nigerians who can’t get decent medical care; the millions for whom our hospitals are nothing but mere consulting clinics, the same excuse IBB and his cohorts told us was the reason they seized power many years ago, this country has collapsed.

IBB and his ilk should stop terrorizing us about national unity. In the words of Odumegwu Ojukwu, “There is nothing exclusive in the term unity; unity for Nigeria holds out the best chance for progress when that unity is a unity of purpose rather than the present hollow approach to unity for sake of unity. For unity to be meaningful, it has to be creative, not the unity of Jonah in the whale but the unity of holy matrimony. The first can only lead to defecation, the second to procreation”.

Isn’t it ironic that those for whom to keep Nigeria one was a task that must be done looked away or acquiesced to the handing over of a part of Nigeria, Bakassi, to Cameroon. That singular act has changed the geo-political map of Nigeria.

Our rulers, Obasanjo and IBB in particular, remind one of the devils in Ngugi’s Devil on the Cross who commit murder then don their robes of pity and go to wipe the tears from the faces of orphans and widows; who steal food from people’s store at midnight, then at dawn, visit the victims wearing robes of charity and offering them calabash filled with the grain they had stolen; who seize men’s wealth, dress in robes of friendship and instruct the people to join in the pursuit of the villain who has robbed them.

You can’t build a nation with this calibre of rulers. That 53 years after independence, we do not have a leader worthy of commendation is partly why our country is in the sorry state it is in today. And if there is a place worse than hell, that is where our ruling class – one of the most wicked, bankrupt, conceited, indolent and unproductive elite in the world – belongs.

In this era, when all those who brought us to this sad end are seeking relevance, it is important to situate the crisis in Nigeria. For those who are genuinely concerned about the unity of the country, it is instructive to note that nation building is serious business. The feeling has been that each time the country finds itself on the brink, our crooked ruling class, in order to protect its interest, would come together and pull it back. Unfortunately, the balance of terror currently makes that position untenable.

Today, we have a ruling party, the People’s Democratic Party, whose implosion is imminent because of its insufferable worthlessness. We have a weakened presidency that is gradually losing control, partly due to crass incompetence and partly because of the position of its leading characters in the power equation in Nigeria. We are confronted with mindless violence and discontent that question the very foundation of the country. These are not issues to be resolved by rhetoric or wishful thinking.

For all the distaste we have for the present government, it must be highlighted that this crisis is not and cannot be about Goodluck Ebele Jonathan; it is also not about 2015 and who occupies Aso Rock.

In the eternal words of Chinua Achebe, “(Nigeria) is an example of a country that has fallen down; it has collapsed. This house has fallen”.

It is left for the inhabitants to rebuild it or erect a new one.

This column goes on an extended break.