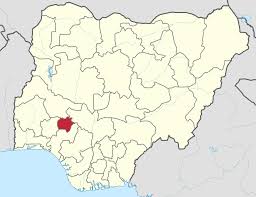 (AFRICAN EXAMINER) – The Ekiti State Internal Revenue Service (EKIRS), has denied locking up pupils of a private Nursery and Primary school over alleged   evasion of Tax  when its officials sealed off the premises

The Chairman of the Service, Mr Olumuyiwa Ogunmilade made the clarifications in a statement on Friday in Ekiti.

Ogunmilade said the version of the incident being circulated by the media was exaggerated to attract public outcry and sympathy.

”Why should we lock up innocent children and make them suffer unjustly, as being insinuated in some quarters,?” he said.

He said on the contrary, it was the authorities of the school that lawlessly resisted the enforcement exercise by physically assaulting staff of the board and also went ahead to break the lock on the sealed main gate after the enforcement had been carried out.

He said that the board took the decision to put a sealed stamp on the gate of the school, after the school in spite of receiving several warning notices for the school to pay up the tax or face penalties, still ignored the peace move.

He said that the attention of the board and management of EKIRS had been drawn to a viral video of Adonai International School, Ado Ekiti being shut with the students.

“It was alleged in the video that the enforcement team of the EKIRS sealed-off and locked the premises of the school with children trapped inside.

“EKIRS will like to state categorically that the insinuations in the viral video are untrue and not consistent with facts about the matter,” he said.

”On Wednesday, Feb. 17, in accordance with the law and due process, the enforcement officers sealed off and locked the main gate of the premises of the school, due to non-compliance of the school authorities with their tax obligations.

He said that the pedestrian gate of the school was, however, left open for free flow of human traffic, while vehicular traffic was cut-off.

“The referenced video surreptitiously avoided showing the open pedestrian gate of the school – a fact that has been corroborated by many parents and staff of the school.

“It is important to note that the enforcement exercise was carried out after numerous demand notices and reminders had been served on the school authorities, without a response,” he said.

He said that in spite of this, it had been affirmed that the officers acted in line with extant provisions of the law, and genuine concern for the safety and security of staff and students at the school.

“We reiterate on good authority that there was never anytime any pupil was held, but rather in a gesture of magnanimity, we sealed-off vehicular traffic to the school, and left the pedestrian access open,

“We also allow for normal academic activities to go on, while giving the school authorities the opportunity to regularise their position with us.

“On the other hand, the authorities of the school have acted in very bad faith, first, by resisting the enforcement exercise and physically assaulting our staff, and second, proceeding to break the lock on the sealed main gate after the enforcement had been carried out.

“An act that is punishable under the law, third, they have manufactured this video to misrepresent the facts,” he said.

He said the board viewed the concocted video as a clear attempt to blackmail the EKIRS, and ultimately to evade the payment of taxes.

“It is sad to note that an educational institution with the burden of instilling values and civic responsibility into the younger generation, would not only fail to perform its civic obligations, but also dishonestly misrepresent facts to cause public disaffection against a government entity carrying out its legitimate duties.

“EKIRS will like to reiterate our commitment to the enforcement of our zero-tolerance policy for tax evasion.

“We are, however, humane members of the society and would always prioritise the protection of children and other vulnerable people in the course of our work,”he said.