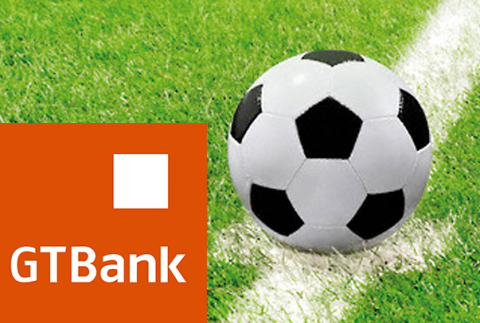 According to a statement from the Bank, the sponsored tournament is geared towards the development of grassroots football, the discovery of young football talents and fostering camaraderie amongst secondary school students.

“The preliminary stage of the tournament kicked off with about 300 Schools from the 20 Education Zones of Lagos state after which they will proceed to the District Finals where 24 Male & 20 Female teams will be placed into 4 groups of 6 teams in the male category and 4 groups of 5 teams in the female category before proceeding to the state preliminaries”, it added.

The male and female team that win the competition will smile home with prize of N1million while the first, second and third runners up will receive N750,000, N500,000 and N250,000 respectively.

The press statement also revealed that Guaranty Trust Bank plc will provide the sporting equipment such as balls, goal post nets and corner flags throughout the duration of the competition.

According to Agbaje, “At GTBank, we believe in the power of sports and for the fifth year running, we are proud to demonstrate our support for the game of football in the country. We would not relent in supporting sports competitions that Nigerians are passionate about.  This tournament has over the years helped these students work towards their dream of being world class footballers, it has helped them grow in personal confidence, become better team players and some of them are already making a career out of football.”