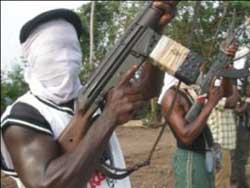 The gunmen reportedly killed his official driver, whose name could not be immediately confirmed, before abducting Okungbowa.

A senior civil servant, who craved anonymity, said the incident happened after Okungbowa attended a local event in Oza.

“He was kidnapped on his way back to Benin City after attending the event. His driver was killed in the process,” the source said.

Efforts to confirm the incident from the spokesman, Edo Police Command, Mr Chidi Nwabuzor, was not successful as he did not pick up calls.

The state Commissioner of Police, Johnson Kokumo, also did not pick up calls to his phone.