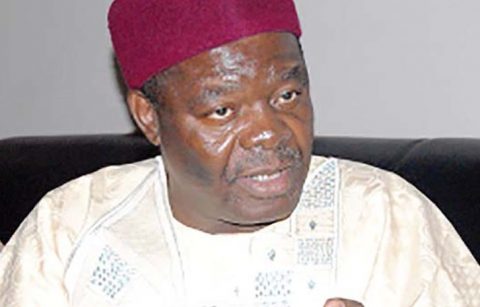 (AFRICAN EXAMINER) –  The  Enugu  state All progressive Congress APC,  Committee on the ongoing membership revalidation/ registration has urged people of South- East geo political zone to embrace the exercise massively, saying that it will boost the chances  for a Nigerian president of Igbo extraction in 2023.

It   suggested  that the zone’s desire to occupy the highest office in the land at the next political dispensation via the APC platform may be difficult  to realized without having the needed and encouraging  number, which is a strong factor in any election.

The Chairman of the Committee Senator Jonathan  Zwingina, stated this on  Saturday when the  Senatorial Candidate for Enugu East Senatorial district under the platform of the APC in the 2019 election, Princess Adaku Ogbu, revalidated her membership of the party at her Onunvu Umuiba pooling unit, Nara ward (1) in  Nara Unateze, Nkanu East Council area of the state .

Also represented at the event  by a member of the Committee Barr. Micheal Ugwa, the Chairman, stressed the need for the zone to join the ruling party in a huge number for their own interest.

According to him, “the game of politics, is all about number, “so for South East to realize her dream, people must join the APC in their numbers through the ongoing registration/ revalidation exercise.

Speaking at the ceremony graced by top stalwarts of the party in the state, which included, ex- Senate president, Chief Ken Nnamani, represented by the Special Assistant to president Muhammadu Buhari on youth Mobilization, Mr. Maduka Arum, Caretaker Committee Chairman  of  the  party  in the state, Dr. Ben Nwoye, amongst others,  Princess Ogbu, said APC is “the party to go to.”

While calling on people of the locality and state to join the APC, Princess Ogbu, a pioneer member of the party  said  she’s a proud to identify with the ruling political platform in Nigeria, and has never regretted her decision.

Princess Ogbu, pointed  out  that  South East geo political zone has benefitted immensely from the  President Muhammadu Buhari’s led APC Federal Government, especially in the area of road and other infrastructure.

said the exercise has exposed the strength of the party in their locality as the influx of people from other political parties  has been unprecedented.

“This exercise has really exposed the strength of the APC in Nkanu East because we are running out of materials. People are joining the party in their numbers and we are requesting for more materials from the National working committee.” Princess Ogbu stated.

APC have become the party to go to because the people have seen the aggressive infrastructural development strides of the party in the country and South East in particular.

She however,  assured that she will continue to mobilise people to join the party and thanked the party leadership for the honour of attending her revalidation of her membership of the party.

In his speech, state Chairman of the party,  Dr.  Nwoye, who led other Chieftains of the APC in the state to witness the exercise, assured the people that they are in the right political track.

He said APC, is a party that has the interest of South East Nigeria at heart, hence the need for the people to take advantage of the registration exercise to embrace it.