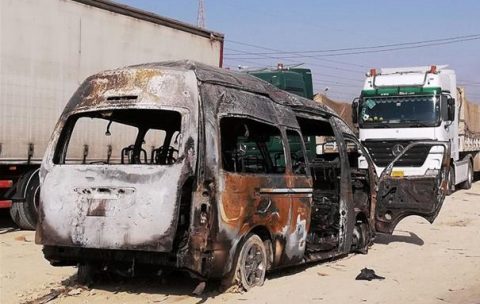 (AFRICAN EXAMINER) – The radical Sunni Islamic State group on Saturday claimed responsibility for the bombing of a passenger bus that killed at least 11 people in Iraq’s mostly Shiite province of Karbala the day before.

The explosion was caused by a bomb planted inside the bus, according to the Iraqi Interior Ministry.

Islamic State said through its mouthpiece, Amaq news agency, that 17 Shiites had been killed or injured in the attack.

In Dec. 2017, Iraq declared that its territory had been liberated from Islamic State after a  U.S.-backed military campaign lasting more than three years.

However, Islamic State operatives have since carried out attacks against security forces and civilians in different parts of Iraq.