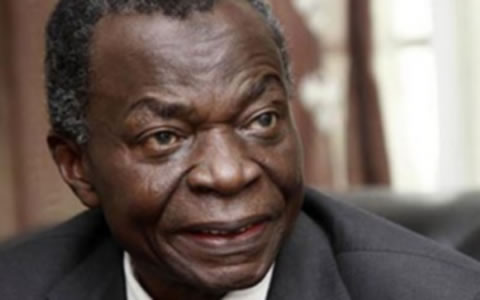 At the 10th Gani Fawehinmi lecture held  recently in Lagos,delivered by Suspended but now retired President of the Nigerian Court of Appeal  Justice Ayo Salami,he was quoted as saying“…Nigerians do not naturally want the truth to be told. Whoever dares to tell the truth is marked for destruction…” Justice Ayọ Salami (Lagos, Nigeria, January, 2014). 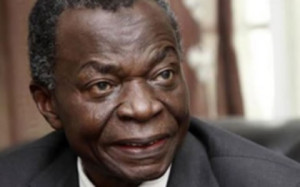 As some one who has followed the antecedents of Justice Ayo Salami,it is too early in the day to begin to situate this retired justice on a high moral ground from which he can begin to pontificate on ethical issues and moral burden when he is infact  the real anti thesis of the quest for ethical standard in his area of calling – the judiciary. It was the same judge who recently stated at a face saving valedictory book launch held for him that he was ” leaving the bench with his head high”. Just like an ostrich burying its head while all parts of the body is still out.Not so fast.When there are clear and damning unresolved issues of ethical and judicial malfeasance still fouling the air around him.

Agreeably,and curiously,by a dint of some well oiled media and political spins from beneficiaries of the malfeasance,the real issues of the ethical misconduct now known in judicial circles as the “Salamigate” has been largely obfuscated and clouded in the public opinion arena.rHowever the Civil society group I belong:the Society for the Rule of Law in Nigeria,(SRLN)  has consistently followed the issue and concludes that Salami more than any judge deserves the ignomious credit as one who has sacrificied the sacred aura  and ethics of the bench on the altar of political friendship.

Since his retirement from the bench apparently in not so pleasant circumstances, there have been bold attempts to whitewash the image of Justice Salami and force  a clean and erudite image of him on the populace.Unless of course in retirement,Justice Salami has now repented and like Biblical Saul who got converted  on the way to Damascus(after terrible blindness to become one of the apostles of the gospel)now wants to use the remaining part of his life to champion moral rebirth.Untill that is clearly stated,Salami have no moral platform to talk about Nigerians and ethics or moral burden.

The facts are there and shorn of any sophistry,or technicality.Salami breached his oath of office and ethics of the bench in his adjudication of the Election tribunal in Ekiti and Osun. The former governors of Ekiti and Osun Chief Segun Oni and Prince Olagunsoye Oyinlola respectively  Complained that the panel headed by Salami did not adjudicate impartially  as guaranteed in Section 36 (1) of the Nigerian Constitution.The section states that

‘’in the determination of his civil rights and obligations including any question for determination by or against any government or authority, a person shall be entitled to fair hearing within a reasonable time by a Court or  Tribunal established  by law and constituted in such manner as to secure its independence and impartiality’’ (underline for emphasis).

They also accussed Justice Salami of breach of the Code of conduct of judicial officers in Nigeria and oath of office of Judges which states as follows:

1.     A Judicial Officer should respect and comply with the laws of the land and should conduct himself at all times in a manner that promotes public confidence in the integrity and impartiality of the Judiciary.

(a)    A Judicial Officer must avoid social relationships that are improper or give rise to an appearance of impropriety, that cast doubt on the judicial officers ability to decide cases impartially, or that bring disrepute to the Judiciary.’’

Rule 2 c  of the Code states

‘’1.     A Judicial Officer should disqualify himself in a proceeding in which his impartiality might reasonably be questioned, including but not limited to the instances where:

(a)    he has personal bias or prejudice concerning a party or personal knowledge of facts in dispute;’’

What were the evidences presented to justify the allegations?First was a sworn affidavit by a serviing Senator, Senator A Dahiru, chairman senate committee on the judiciary which gave copius details of how the alter ego of a political party defunct Alliance Congress of Nigeria (ACN) now APC senator Bola Tinubu brought justice Salami to him for assistance in the clearance before the Senate as President of the Court of Appeal.Details of such meetings were given in the affidavit and it was submitted to the National Judicial Council NJC of which Justice Salami was a key member.The affidavit was not denied nor controverted up till now by Salami.The Affidavit was dated March 18, 2010 and was even published in a Nigerian Newspaper- Tribune.

Despite the knowledge of the damning petition against him before the NJC,Justice Salami made himself Chairman of the Appeal Trubunal to adjudicate on the election petition by the ACN against PDP in Ekiti and the panel sat from July 2010 and gave judgement in October 2010 in favour of ACN,a final judgement.Mr Justice Salami in an interview published in Thisday Newspapers January 25,2011   page ix admitted that Senator Ahmed Bola Tinubu as Governor of Lagos used to supply his court with diesel to run its services.’’……. Then i discorvered that he was supplying the court with diesel which was used to run the court……That may be the only thing between the court and Tinubu’’ On the allegation that he had a hatchet team he  empanels to handle Appeal Election cases, Justice Salami was quoted in the same interview published in This day Newspapers of January 25 ,2011 supra”’ s ”Well when it comes to that,you must use people you trust, you can’t just empanel anybody’ .The trusted team consisted of only about 9 judges who are always present in any Election Appeal tribunal out of about more than 60 judges.This cast a shadow of doubt about the independence and impartiality of the panel  of ” trusted”  judges in breach of s 36(1) of the Nigerian Constitution as amended.Every judge who swore to do justice “without fear or favor,ill will or affection”ought to be trusted by the President,court of Appeal!

Another crucial evidence provided was call logs obtained from the MTN which showed communication by lawyers and chieftains  of the ACN with the judge and his friend and the call logs were tendered.there was a nebulous issue of how the logs were procured and MTN official was brought before an NJC panel of Justice Abdullahi to put a doubt on whether the logs were properly obtained,and after the panel sat, MTN was later to confirm that it was their document and was properly obtained.The important issue to note was that the Judge did not deny that the calls were made or received and also the chieftains.for instance Alhaji Lai Mohammed publicity secretary of  ACN merely said there was nothing wrong for judges to make or receive “social calls”! Now even if any doubts were created, it was cleared by a Police investigation ordered by the Inspector General of Police and the report”Reference: CR3000/X/X-SQD/FHQ/ABJ/VOL.2/230, dated February 8, 2013, titled Police Investigation Report on A Case of Conspiracy, Forgery and Perversion of the Course of Justice By MTN Nigeria Ltd,  reads in part: “Request was made to MTN to furnish the particulars of the following subscriber numbers and the company responded thus: 08034004887 belongs to Justice Isa Ayo Salami; 08034240000 belongs to Bola Ahmed Tinubu (registered incidentally in the name of MTN Director, Tunde Folawiyo (Lagos State Governor); 08034010700 belongs to Alhaji Tunji Ijaiya.  Mathew Okoromi, a Senior Subscriber Fraud Analyst in MTN’s employ, confirmed that the CDRs obtained  by Area G Command, Ogba, Lagos (which one Rotimi Odusola of MTN repudiated before the National Judicial Council’s Special Investigative Panel) actually emanated from the telecoms firm.

“Subscriber no. 08034010700 which belongs to Alhaji Tunji Ijaiya of 8, Aderemi Adeleye Road, GRA, Ilorin appears to have been used as a link between 08034301111 (Lai Mohammed), 08034240000 and 08062240104 (Bola Ahmed Tinubu), and 08034004887 (Justice Isa Ayo Salami of Plot 11, New Bussa Close, Area 3, Garki, Abuja) as there was exchange of calls between Justice Ayo Salami and Alhaji Tunji Ijaiya on the one hand and Tunji Ijaiya with the other mentioned subscribers on the other………While call logs earlier released to Area G Command, Ogba, Lagos spanned a period of five calendar months, MTN claimed its historical data storage capacity was limited only to 3 months”  The Report also highlighted the fact that “incoming calls were missing from the call data records forwarded to both the SSS and NSA”

According to the Report, “ A legal advice received from the Legal Section of the ‘D’ Department (FCID), Abuja dated 8th February, 2013, opined that MTN Nigeria should be prosecuted for suppressing evidence in this case as provided by Section 167 (8) of the Evidence Act, please”.

Now even if all these were left,the fact that  the colleagues of Justice Salami at the NJC recommended him for suspension and that the President of Nigeria should process his dismissal at the Senate was a peer group indictment for lying against the former Chief Justice of Nigeria. His colleagues had earlier wanted to shield him and merely asked him to apoligise for perjury “lying on oath” which is an offence in law which carries  14 years imprisonment. The fact of the case was that Justice Salami swore to 2 Affidavits which an NJC panel headed by his predecessor  found to be untrue- that is Salami lied on oath!.In the light of his own conduct,I s Salami in a postion to pontificate on truth speaking or moral burden?

Judges sitting on the bench have a divine calling to be truthful and do justice to all with the fear of God. Infact the insignia of justice is a blindfolded lady holding the scale and this symbolizes fairness and impartiality and desire to search for the truth .The common saying among the general populace now is that this lady”s eyes are now wide open and actually goes on bed with the highest  bidder.It is in the character of man to shield his own failings and points at the others but as the saying goes ,if a finger is pointed at the other fellow ,four others point to you  and therefore .. Physicians heal thyself.  And as it said in legal parlance,those who seek equity must come with clean hands!