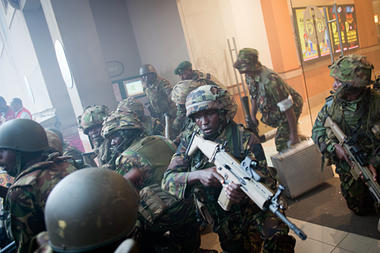 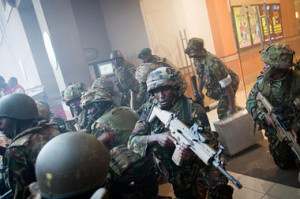 Four men believed to have been involved in the deadly shopping centre attack in Nairobi last month have been named.

Kenya said previously 10-15 militants had been involved, but the police chief says the figure may now be four to six.

The al-Shabab group said it carried out the attack on the Westgate mall on 21 September, leaving at least 67 dead.

The al-Qaeda-linked group said the attack was in retaliation for Kenya’s military involvement in Somalia.

The naming of the men came as CCTV footage was aired showing four attackers calmly walking through a room in the mall holding machine guns.

Kenya Defence Forces spokesman Maj Emmanuel Chirchir told Reuters news agency: “I confirm these were the terrorists; they all died in the raid.”