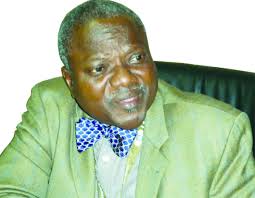 The Lagos State House of Assembly has summoned the Vice Chancellor of the Lagos State University (LASU), Prof. John Obafunwa and its Governing Council, Mr. Bode Agusto to appear before the House on Friday as a result of students’ rampage in the institution on Thursday.

LASU students had gone on rampage on Thursday over the decision of the school authorities to close the registration portal, depriving over 1,000 students from registering for the second semester examination.

On the floor of the House on Thursday, the Chairman of the House Committee on Education, Science and Technology, Wahab Alawiye King decried that the students’ protest had led to the disruption of academic activities and school properties, which emanated from the students’ reaction to the closure of the institution, a development that halted the students’ registration before the second semester examination.

King stated that the situation of the school had been very critical, urging the school authorities to reopen the portal for two days to enable the students register for examination so as to halt the current crisis.

According to him, “the students are supposed to commence the second semester examination two weeks after resumption, but without the necessary registration, no student can write the examination.”

The House unanimously agreed to invite the top echelons of the school to explain to the House the cause of the rampage and how to resolve the crisis.