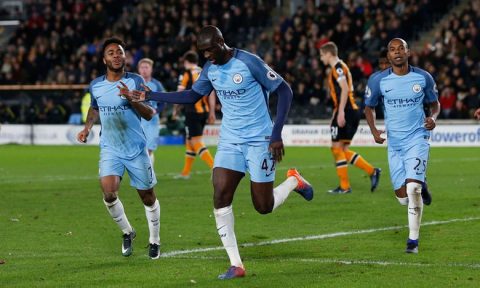 BALTIMORE, MD (AFRICAN EXAMINER) – Manchester City have climbed to second position in the Premier League with a victory over bottom side Hull City.

Pep Guardiola’s visitors during the match which was played at the KCOM stadium, were far from their free-flowing best en route to their 12th win of the season, but were good value for a win that keeps them seven points behind leaders Chelsea.

Yaya Toure’s penalty which was awarded after Andrew Robertson’s clumsy challenge on Raheem Sterling, set the visitors on their way before Kelechi Iheanacho added a second from close range forcing Curtis Davies to concede an own goal in the dying seconds.

The hosts played well in patches and saw Michael Dawson’s second-half header cleared off the line by Bacary Sagna, but their return of one win in 16 matches is a damning statistic which points to only one outcome at the end of the season.