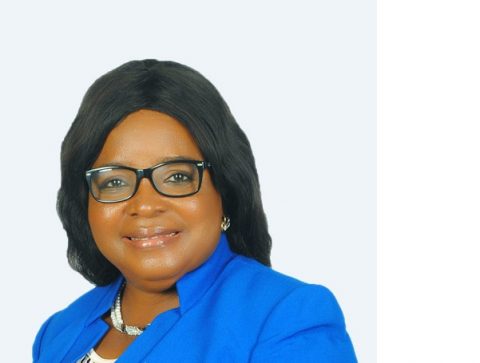 (AFRICAN EXAMINER) – A special investigative panel constituted to probe activities of the Registrar /Chief Executive of the National Business and Technical Examinations Board (NABTEB), Professor Ifeoma Isuigo-Abanihe, has uncovered irregularities in contract awards and abuse of office by the embattled Registrar.

The panel has also ordered Isuigo-Abanihe to immediately refund the sum of N49,779,262.50, which she could not account for, to the coffers of NABTEB.

This is a validation of the African Examiner’s exclusive story published May 17, 2018. Click here to read the story.

Investigation revealed that the Registrar and four Directors were suspended by the 9th Governing Board of NABTEB at its first regular Board meeting on held on 19th June, 2018, at NABTEB headquarters, Benin City, Edo State, following allegation of fraud and refusal to open her books as requested by the Board’s Chairman, Prof. Leonard Karshima Shilgba.

Both the Registrar and the four management staff have been suspended from office by the Board to allow for unfettered investigation by another committee set up in Benin city, in line with the zero-tolerance stance of the current administration of President Muhammadu Buhari to corruption.

Documents obtained by Nigerian Tribune, from sources within the Federal Ministry of Education and the Committee, indicated that there were breaches of procurement rules, misappropriation of funds, illegal recruitment and other irregularities that pervaded Isuigo-Abanihe administration as NABTEB Registrar.

The special committee was constituted by the Governing Board during its emergency meeting at the Abuja Liaison office on May 16, 2018 to review the documents she earlier submitted to the Board, the queries raised by the Board Chairman and the responses/actions by the Registrar.

“After deliberation on the report, you, the Registrar/Chief Executive of NABTEB, Professor Ifeoma M. Isuigo-Abanihe, were asked to respond to the findings of the committee.

“Unfortunately, your shocking defence was, “I apologize,” which is not an admissible defence expected of a public officer under the Public Service Rule. Accordingly, the Governing Board unanimously approved your suspension as Registrar/Chief Executive of NABTEB, having regard to Rules 030301, 030302, 030304, 030305, 160501, and 160502 of the Public Service Rule (PSR), and recommended accordingly to the Honourable Minister of Education for further necessary action (s), who has since been informed (together with the Permanent Secretary, Ministry of Education).

“This action is considered necessary in order to facilitate due investigations by the Governing Board and other germane federal authorities, and allow unfettered access to relevant documents that until now have been withheld in spite of official requests by the Chairman of the Board and the Special Committee appointed by the Governing Board on May 16, 2018, so that financial and other damages to the Federal Government shall be curtailed.”

Key findings of the committee, which have already been communicated to the Minister of Education, Malam Adamu Adamu, suggested that NABTEB has incurred about N400 million debt as a result shoddy executions of contracts under the watch of Isuigo-Abanihe.

She was said to have been involved in illegal recruitment of about 15 staff when the Board was already in place to approve the recruitment process and advertised in the media.

The committee also revealed that the Registrar failed to account for N1000 charged for Registration PINS, wondering that PIN production that is virtual should shrouded in secrecy.

On the failure of the Registrar, to respond to the Board’s official query, the committee noted that the Registrar was guilty of insubordination and has therefore infracted on the law especially Act 6 (2) of the Establishment Act, and Public Service Rule.

The rest were split among supply of printers, hard-drives, DDR Roms, office flat files, envelops, kalamazoo binders, photocopying machines and Risograph machines, among others and that there were no units specified and it was not possible to determine unit cost nor quantity of all item

“The Registrar has violated Paragraph 6, page 3 of the Administrative Guideline regulating relationship between parastatals/government owned companies and the government which stipulates that government will ensure that there is always a board for every parastatal that has a statutory provision for such a body.

“Where, however, a board is dissolved and is not immediately possible to reconstitute the board, the President shall, on the recommendation of the supervisory ministry constitute an interim board, pending the reconstitution of such a board, all matters which normally require the approval of the board, shall be referred, by ministry, to the President for approval.

“As at the time these contracts were awarded, the date of inauguration of the Board which took place on the 22nd of March, 2018 has already been announced.

“The Registrar is guilty of Contract splitting without obtaining approval from the supervisory ministry as stipulated in NABTEB Standing Order 18 and 19 N.  Section 18 states that “all services and goods (e.g. printing, supplies or purchases) contracts above N2.5 million, and all works (e.g. contracts from N5 million and above shall receive the final approval of the Governing Board.

“And there shall be no splitting of contract for the same services or goods (e.g. printing, supplies or purchases) contract the sum worth of whose splits is above N2.5 million, and for the same works (e.g. construction, renovation or refurbishing projects) contract the sum worth of whose splits is N5 million or more without the approval of the Governing Board. Section 19 states that NABTEB Tenders Board shall not be the final clearance or approval authority for the contracts and expenditures that the management of NABTEB enters into.

“All approvals of NABTEB Tenders Board shall be forwarded to the Governing Board of NABTEB for consideration and approval. The award documents should be referred to the appropriate organ of NABTEB Board or government to determine the exact contract amount involved with a view to recovering same.

“All contractors of NABTEB have not performed satisfactorily. This is glaring as the NABTEB has accumulated debt of over N400 million as a result of shoddy contract deals and mismanagement. Therefore, the contractors should not be patronized further by the Board.

“The Registrar has stubbornly refused to release to the Governing Board details of contract awards for printing and supply of security materials (question papers) for the May/June, 2018 examinations,” the report stated.

As such the panel recommended that Registrar should refund the sum of #49,779,262.50 to the coffers of NABTEB.

The report further indicated that the panel unraveled fraud in the purchase of stationeries and consumables for the conduct of NABTEB examinations.

The suspended Registrar and the four management staff of NABTEB are to face the new panel set up to conduct full investigation of the allegations against them.  The panel is made up of: i)    Dr. Momodu Sanusi Jimah (Representative of Polytechnics) as Chairman; ii)    Mrs. Tina Eyaru (Representative of Federal Ministry of Education); iii)    Chief Dr. Chris Biriowu; iv)    Dr. Rachel Bassey Akpabio; v)    Alhaji Yusuf Dauda (Representative of NECO) secretary and; vi)    Chief Legal Officer of NABTEB.