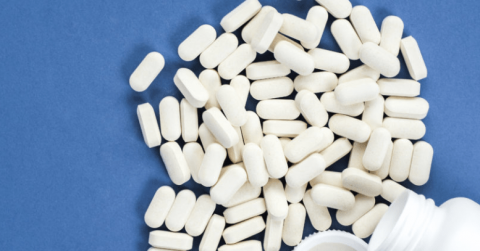 NDLEA Head of Public Affairs, Mr Jonah Achema, who disclosed this in a statement on Tuesday in Abuja, said that a 51 year old man, Usman Ramadan was arrested with the illicit substance.

Achema said that the suspect claimed to be an ex-soldier from Borno and was arrested at the outbound screening point on his way to board an Ethiopian Airline to Dubai.

He said that the suspect had stuffed his luggage with black and white polythene bags containing a powdery substance which upon inspection turned out to be grounded Tramadol tablets.

“Initially, the suspect claimed that he was carrying “elubo,” local yam flour but later confessed that he had to grind the Tramadol tablets in order to beat security operatives.

“He claimed to have sustained injuries during the civil war and that he needed Tramadol at all times to relieve him of the pains.” he said.

Mr Mohammed Ajiya, NDLEA MAKIA Commander, said that the case of powdery Tramadol was strange to the command.

“We have made seizures of Tramadol severally but that it now comes in powdery form calls for extra vigilance. It means drug merchants are never short of ideas. No matter what, we will continue to beat them to their antics,” he said. (NAN)