Nigerian Immigration Tragedy and the Culture of Corruption 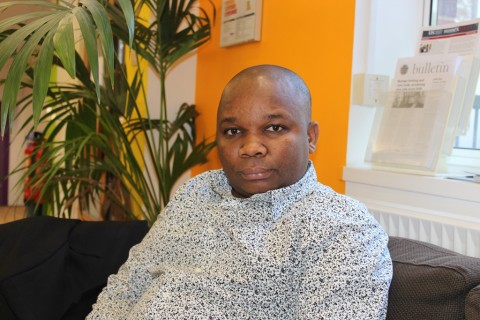 I am outraged as many citizens of Nigeria by the avoidable deaths of young people as a result of the stampede during the immigration recruitment exercise last Saturday. I join many patriots to call for the sack and possible prosecution of the Comptroller General of Immigration, the Minister of Interior and all those found guilty of any form of culpable negligence that might have led to the losses. While we wait for those concerned to take the appropriate action, let us commiserate with the families who lost their loved ones in that most unexpected way. However it is imperative to conduct a diagnostic review of some the underlying causes of such unfortunate incident before it is lost in the narrative. Let me confess that I am aware that both unemployment and underemployment are huge national challenges but I was unmindful that it had reached such a monumental scale that can be seen as a full national emergency. It is so embarrassing. Something that has a clear links with many other social ills bedevilling our society today – from the insurgency in the north to kidnapping in the east; from sea piracy in the Niger Delta to armed robbery in the south-west. 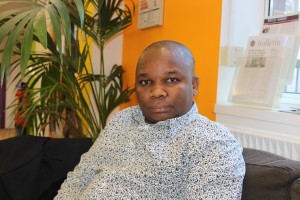 There are many other interesting directions that I want us to look at. One is the area of corruption. I am prepared to argue that many people who want(ed) to get a job in the Nigerian Immigration Service are not motivated by the regular salary that they will earn legitimately as government workers, but by exposure to unspecified amounts of unofficial kickbacks that is expected to accrue the job. The Nigerian Immigration Service (NIS) is arguably one of the most corrupt government establishments in Nigeria. In all their offices, bribery is a norm. In fact the only difference between them and the police is just in their uniform. If you doubt me, then check how many people who have got their international passports or any service provided by the NIS at the stipulated price. Do you know why despite all the billions of naira allegedly invested in the National E-Passport Project, it has not managed to take off fully yet? Part of the explanation is because of the thriving rent seeking culture in the Nigerian Immigration Service that is sustained by human contact. If you eliminate face to face contact, you put NIS officials out of ‘business’. If you have been to our international airports lately and you would have seen the way officials that are supposed to be regulating movements turn themselves into hustlers as they go beyond their  duties to extort or even beg for money from travellers, then you will appreciate part of the reasons that inspired that crowd.

Another factor I wish to talk about is our faulty educational system. It is not only rotten, it is dead and buried. The curricula in most of the universities have probably been the same in the last twenty years. Colonial is a better word. I went back to my school, University of Ibadan, a few years ago and I was shocked that my grades were still hand written on sheets of paper! Predictably, they could not find out the actual year of my graduation and they had to put the wrong year. But that is by the way. Do you know that most of our university students who graduate from courses like Petroleum Engineering and allied courses still have the hope of working in companies like Shell, Mobil, NNPC, ChevronTexaco, etc. Day dreamers! Imagine that about thirty thousand of them graduate every year. Can the Nigerian oil and gas industry muster that level of absorptive capacity even when they stretch themselves maximally? Have we not been told that some of these sectors are now rapidly advancing technologically that some of the jobs usually done by human being are now being done by machines. That means that some of these companies should be downsizing rather than employing?  How come that the training in our institutions are not aligned to the realities in the relevant industries and the society at large. Even at the peak of the banking crisis, many Nigerian students were applying and indeed rushing to universities to study banking and finance. Even when there are few qualified teachers in the country, very few people are interested in studying education related courses where the jobs will be readily available. Why?

Another point related to the first one is the use of favouritism in the allocation of the few jobs available especially but not exclusively in the public sector. We are a country that has put in place deliberate policies that has destroyed healthy competition, hard work and fairness in our society. I can bet that many of the people who attended that applied for those immigration jobs were not even qualified for them. Some of them do not even have a clue what the job entails. The only thing is that they knew one big politician or the other. In Nigeria most of these jobs are allocated to them and so if you do not know any big man or woman out there, you are on your own. For some of the applicants, they might have been told to attempt the aptitude test and get a reference number and hand over the rest to their god father or god mother to sort them out. In many agencies in the Nigerian Presidency including the one where I used to work, that is the style. While these jobs are publicly advertised on the pages of newspapers, they have been secretly allocated to powerful individuals. Sometimes consultants are hired and allowed to offer the jobs to the highest bidder and make returns. It is only in Nigeria that you still hear things like Federal Character; where someone who scored 320 out of 400 will be dropped for someone who scored 90 based on some illogical considerations. How can anyone expect any form of commitment in such a system that thrives on being cruel and unfair to the competent and generous to the indolent and crooked? That may why some rushed to seek the immigration job because they know that the rules of fairness will be most likely neglected.

My final point is about the corruption and systematic exploitation of the Nigerian job seekers in the name of employment. I heard that all those who applied for the immigration job paid a sum of 1000 naira each to the agency. In total they might have realized some billions of naira from selling the application forms only. We were also told that they NIS sold a kit of white shirt, white short and canvass at N5,500 each to the applicants and even the question papers at 500 naira. Bizarre! What if the stampede did not happen last Saturday, what would have happened to the billions of naira already realized from that recruitment exercise? Shared of course. How many federal agencies have used this template of recruitment scam so far? Are they going to be invited for a probe soon? Is that how Nigeria systematically squeezes the poor and unemployed in order subsidize the profligacy of the political elite? Where is the National Assembly in all of these? What of other briefcase job consultancy companies littered mainly in Abuja who work with government agencies in facilitating the scam. Some of them even go to the point of soliciting huge sums of money in exchange for promise of appointments in federal government boards. Others collect all forms of registration fees from unemployed people for jobs which they have no capacity to provide. And the cycle continues.

A policy like the federal character has overstayed its welcome and need to abolished urgently. Let the opportunities be left for those who can compete. Federal Character Policy is as despicable as zoning, which has turned to a major lubricant for transactional politics in Nigeria. We must rid ourselves, first at the individual level and later at the leadership level of corruption. I do not agree that we are all helpless before this deadly virus that has eaten so deep into all facets of our national life. This finger pointing must stop. We need to return to the spirit of hard work, positive competition and fairness that Nigeria is known for. We must retool our education curriculum towards self-reliance and entrepreneurship that are more sustainable in the long term than the white collar jobs we now crave for. Beyond the agony that it has inflicted on us, the recent immigration recruitment tragedy should teach us important lessons that will make us to rise up and do something about the culture of corruption before it destroys our nation completely.