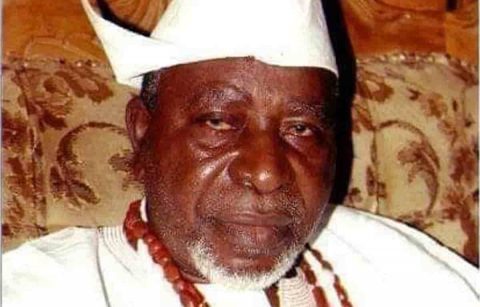 Aliu, a former President of the Association of Nigerian Theatre Practitioners according to a family source, died Thursday at the Ekiti State Teaching Hospital, Ado-Ekiti, the Ekiti State capital, south west Nigeria.

The vintage actor died at age 86 after a brief illness.

His body, it was learnt, will be moved to his residence at Adebayo area in Ado-Ekiti before being conveyed to his hometown – Okemesi Ekiti in Ekiti West Local Government Area of the state where he is expected to be interred.

The late actor produced many popular dramas among of which are: Irinkerindo, Ajalu, Arelu.

He was reportedly producing the first of his five-movie project, titled: ‘’Olowo Ite’’, before he died.

Aworo was once enlisted into the Nigerian army, where he worked in the entertainment department.

The late actor was born in Okemesi-Ekiti in the old Ondo State. He began his acting career in 1959 after joining Akin Ogungbe Theatre Group and left in 1966 to form his own troupe, Jimoh Aliu Concert Party, in Ikare, Ondo State.