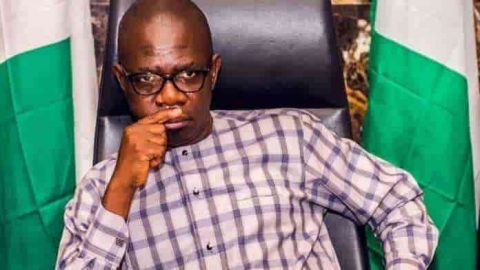 This development is coming just few weeks he joined the People’s Democratic Party with the hope of clinching the gubernatorial ticket in the party’s primary for the upcoming gubernatorial election in the state.

Ajayi resigned from the PDP on Sunday night handing his resignation letter to Festus Oboro, Chairman of the PDP in Apoi Ward II of Ese-Odo LGA of the state.

Mr Allen Sowore, his media aide, has since confirmed the news in a statement he issued on Monday.

The statement reads” “The deputy governor appreciates the national leadership and members of the party for their warm reception and acceptance in the short period he rejoined the party.”