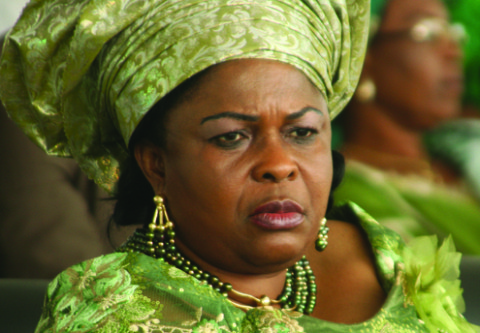 When we talk of presidents’ wives who have proved to be extraordinary in defining the office of First Lady with élan, Dame Patience Jonathan, wouldn’t be out of place.  It does not matter the length to which wet blankets would go to try to diminish her accomplishments on the altar of inane issues. 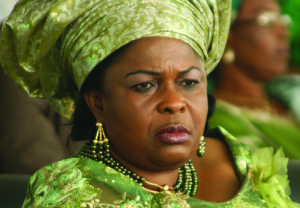 A native of Okrika in Rivers State, Dame Jonathan characterizes her space and eon with her attitude and magnetism; those who do not like her guts would argue she is bland.  Their argument is always laced with malice.  But while they preoccupy themselves with hate campaign against her, she remains sharply focussed and continues to do what she likes best.

Humanity is at the bottom of her heart. Philanthropy is the manifestation of her act of kindness.  She demonstrates this nationally and internationally.  Little wonder, she has received laurels for her good works.  Even before she became the “First Lady” in 2010, she had been garnering awards.

For instance, as far back as 2008, she received “Beyond the Tears International Humanitarian” award in New York, USA, and have received so many other awards till date.  In fact, she has positively impacted so much on the lives of women and children.  She uses her non-governmental organisation (NGO), Women for Change Initiative, to save souls.

She has increased affirmative action in the nation through her advocacy for increase in the number of women in public office.  It is on record that the present administration has appointed more women into public offices than any previous administration before it, thanks to her Excellency who has succeeded in ensuring steady advancement of women contributing to the nation’s socio-economic development.

It is indeed normal that people will still criticize and condemn her good works because of sheer politics and odious envy.  Well, the truth is that it is not easy to be in such a position and yet perform very well to please everyone.  In as much as not everyone would always admit the obvious achievements, it is better to encourage Dame Jonathan to “carry go” in her solid support for the transformation agenda of this administration and discountenance the unnecessary distractions.