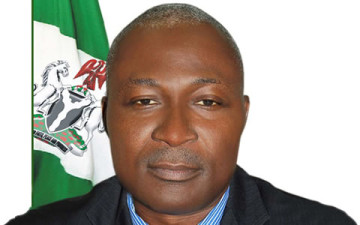 BALTIMORE, MD (AFRICAN EXAMINER) – Senate ad-hoc committee on power, currently investigating the Privatisation of the nation’s power sector, has accused some staffs of the Bureau of Public Enterprises ( BPE),  the government agency which supervised the process, of compromising their office.

The Chairman of the Committee, Senator Abubakar Kyari (APC Borno North), who made the allegation on behalf of other committee members, said information at the committee’s disposal, indicated that some members of staff of the BPE who were board members in some of the registered power generation and distribution companies received exotic jeeps as privileges.

The committee members lamented that the development might not be unconnected with the inability of the government agency to carry out its responsibility of diligent process devoid of flaws.

Kyari who stated this at the second day of the public hearing organised by the panel to investigate investments in the power sector between 1999 and 2014, and the unbundling of the Power Holding Company of Nigeria, said the BPE staff involved, were some of them that are on the board of Generation and Distribution Companies.

“I have the protection of the Senate to say what we have  gathered that there are some staff of the Bureau of Public Enterprises that are board members of Generation Companies and Distribution Companies who were given Prado and Land Cruiser Jeeps”, he said.

According to him, the implications of such action was that the affected staff might not be able to discharge  effectively, their duties of protecting the interest of the federal government, which still remains 40 percent equity in the firms

The senate spokesperson,   who is also a member of the ad-hoc committee, Senator Aliyu Abdullahi, said the alleged compromise of the BPE staff had affected the necessary   coordination between the power firms and the power ministry.

He said that the BPE, which should be negotiating for the country on the boards of the power firms should  be technically and morally responsible to the country.

“With the action of the staff, it seems that the BPE is short changing the country,” he added

But the Director-General of the BPE, Mr . Benjamin Dikki,  said his agency had not and will never be compromised in its responsibility of ensuring a perfect process of privatising the sector for efficient service delivery.

Dikki, denied ever collecting gratification in any form in the course of discharging his responsibilities but asked the senate to direct further investigation on the alleged car gifts to the affected firms.

He said, “We are there (on the board of GENCOs and DISCOs) to protect Nigeria’s interest. Whatever  the companies are paying or have given to their board members as privileges should be referred to the respective company.