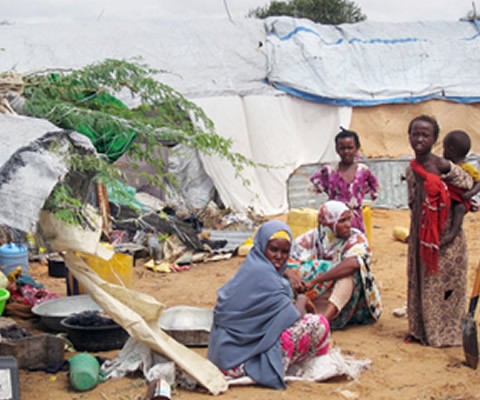 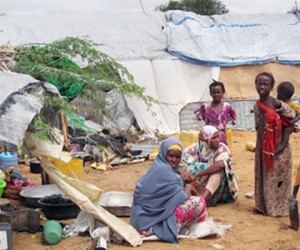 Amnesty International has denounced the forcible eviction of tens of thousands of homeless people from makeshift camps in the Somali capital, Mogadishu.

The human rights group says the process has led to “large-scale human rights abuses” including the killing of two people during protests.

Some 370,000 people have been living in the camps, having fled drought, famine and fighting.

But their presence is hampering the government’s drive to rebuild the city.

In the past year the authorities have gained greater control of Mogadishu from the Islamist group al-Shabab.

The government has the right to reclaim land and buildings belonging to its former institutions, so that it can offer the public service that is needed,”

The government announced in January a plan to relocate hundreds of thousands of displaced people to camps on the outskirts of the city.

The Amnesty report says the “relocation plan could have been a positive development” if it had respected “the security, fundamental rights and basic needs” of displaced people.

However, Amnesty added, the government plan proved to be “inherently flawed” and “seems to have resulted in large-scale human rights abuses and forced evictions”.

Officials defended the evictions saying such reports had a tendency to be “far from the truth” and the removals were “good for security as well as the image of the city”.

“The government has the right to reclaim land and buildings belonging to its former institutions, so that it can offer the public service that is needed,” Mogadishu local government spokesman Mohammed Yusuf told the BBC’s Newsday programme.

“For that purpose, we move out people living on such lands or in those buildings… We tell them to put the national interest before the individual interest.”