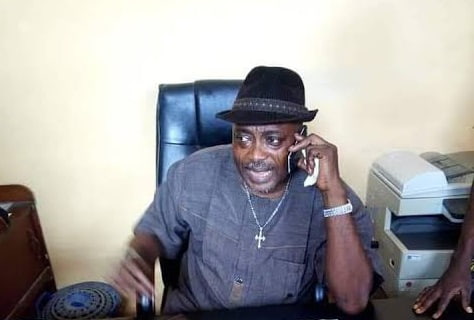 (AFRICAN EXAMINER) – Dissatisfied with his leadership style, Board members of the Edo state Football Association (ESFA) have passed a vote of no confidence on its Chairman, Mr Henry Osaro Asemota slamming an indefinite suspended on him.

African Examiner Sports reports that the body had during it’s meeting in Benin on Tuesday, accused the suspended chairman of lack of leadership qualities making the Association nonfunctional for the past 16 month.

However, a statement signed by 6 out of the 9 Board members accused Asemota of refusal to follow due process, lack of accountability and transparency with regards to handling FA funds.

Other sins of the suspended Chairman, according to the body include refusal to set up standing committees and running the Edo FA as a personal business.

The Board members equally accused the suspended chairman of insensitivity to their welfare and his refusal to carry members along in the running of the state FA as displayed in his appointment of ad-hoc committees without recourse to members.

After announcing the suspension, the Members immediately appointed the vice chairman, Comrade Roland Abu, to act as Chairman for the main time.

Efforts to speak with the Edo suspended Chairman was unsuccessful, as he could not be reached by our correspondent as at the time of filing this report.