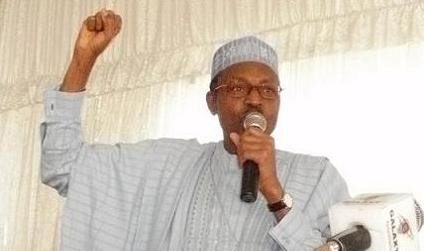 Justice Tanko Mohammad, the Chief Justice of Nigeria (CJN), led six other justices to unanimously dismiss the appeal for lacking in merit.

News Agency of Nigeria (NAN) reports that the other justices on the panel were Bode Rhodes Vivour; Ejembi Eko; Olukayode Ariowola; Amiru Sanusi and Uwani Aba-Aji.

“We have examined all the briefs and exhibits for over two weeks and we have agreed that there is no merit in this appeal.

“The appeal is hereby dismissed and reasons for our decision would be given on a date to be announced,’’ Mohammad held.

The People’s Democratic Party (PDP) and its presidential candidate in the election,  Atiku,  had approached the apex court to challenge the decision of the presidential election tribunal.

The Presidential Election Petition Tribunal had on Sept. 10 upheld Buhari’s victory in the Feb. 23 general election.

The Chairman of the tribunal, Justice Mohammed Garba, who led the five-man panel, held that the petitioners failed to discharge the burden of proof expected of them.

The appellants invited the court to decide whether Buhari was qualified to contest the election on the basis of alleged discrepancy on his educational qualification.

They had also prayed the apex court to decide whether the alleged false information by the president on his educational qualification amounted to perjury.

They further asked the court to decide whether or not the Independent National Electoral Commission (INEC) did not transmit the results of the election electronically via its central server.

The appellants also asked the court to decide whether the respondents did not benefit from widespread rigging, over voting, violence intimidation allegedly perpetrated by their agents and security forces deployed to oversee the conduct of the election.

The PDP and its candidate also urged the court to hold that the president did not secure majority lawful votes.

In the light of the above, Dr Livy Uzoukwu, SAN, Counsel for the appellants while adopting his clients’ address urged the apex court to upturn the decision of the lower court.

He said that the tribunal erred on its viewpoint concerning all the issues raised.

On the issue of qualification, Uzoukwu said the second respondent (Buhari) failed to present all of the educational credentials that he claimed to have obtained.

He also said that Buhari and his team of lawyers also failed to provide explanation on the alleged discrepancy associated with his first name where “Mohamed’’ and not “Muhammadu’’ appeared on his West Africa Cambridge examination record.

“My Lords, no pleadings, no evidence was given as to why the president failed to maintain a name. The lower court simply speculated on the name and ruled in his favour,’’ he said.

“We also discovered that no reason has been given by the second respondent while it is impossible to bring forth any of the three certificates he claimed to have obtained.

“Nobody, not even his witnesses, have given evidence on whether they have sighted either the original or photocopies of those certificates.

“Not even his testimonials allegedly obtained from both primary and secondary schools he attended were pleaded,’’ Uzoukwu said.

On the issue of server, Uzoukwu said the apex court should take judicial notice of the fact that the new Section 52 (2) of the Electoral Act allows the electoral body to conduct election in line with its own set guideline.

“It is spurious and strange that the first respondent (INEC) has denied the use of server to transmit the Feb.23 election results,’’ Uzoukwu said.

In the circumstance, Uzoukwu went ahead to pray the court to set aside the decision of the tribunal and uphold his client’s appeal.

The appeal had sought the return of Atiku as the president, as according to his pleadings, he scored the majority and lawful votes.

However, Mr Yunus Usman, SAN, Counsel for INEC,  described the appeal as “speculative’’ and lacking merit, adding that the appellants’ pleadings were disjointed.

On the issue of server, Usman said the electoral body did not adopt electronic means in transmitting the results of the election, adding that they were transmitted manually.

“The appeal woefully failed to prove that the first appellant scored the majority and lawful votes in the election. This was because they were only able to call five polling agents from 191,000 polling units across the country to testify.

“The requirement of the law mandates that appellants to present witnesses from all of the polling units they had challenged the accurate status of results from the election.

“We, therefore, pray the court to dismiss the appeal with heavy compensation,’’ Usman said.

Chief Wole Olanipekun, SAN, Counsel for Buhari, aligned himself with Usman’s submission, adding, however, that the appeal lacked the basic components of ingredients that could convince the court to uphold it.

Olanipekunn went ahead to describe the petition as a “sham’’ adding that it lacked substance and merit.

“I have handled a few electoral petition cases, this is one petition that yearns for help, for assistance and for evidence but could not get any.

“Apart from the hype the matter has generated, there is nothing in law to support the allegations before the tribunal,”   Olanipekun said.

On the qualification of the president, Olanipekun said Section 131 (b) had settled that matter.

“I make bold to say that the constitution and case laws had not compelled the candidates of the election to tender certificates or attach same to INEC nomination forms.

On his part, Mr Lateef Fagbemi, SAN, Counsel for All Progressive Congress (APC), said he could not help but take the liberty to align himself with the submissions made by Olanipekun.

“My Lords it is disheartening to see that this petition still remains watery at this stage.

“The petitioners made allegations they could not prove. We have done a table showing how the petitioners have proven the case so far.

“It is sad therefore to see that the petitioners only called 62 witnesses. Out of this figure, only five witnesses gave direct evidence of what happened in polling units on the day of election.

“I feel sad that this matter has been starved of evidence and therefore deserves to be dismissed,’’ Fagbemi said.

Earlier, parties agreed to abide by judgment on the main petition in spite of their pleadings in six other interlocutory applications before the court.