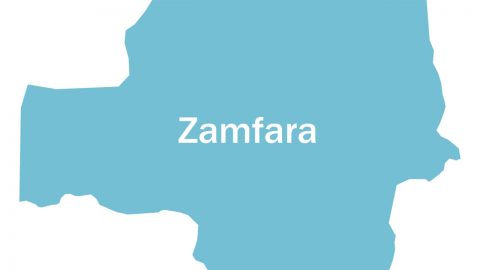 (AFRICAN EXANINER) –  Alhaji Aminu Sani, former House of Representatives member for Kaura-Namoda/Birnin-Magaji Federal Constituency in Zamfara, has called for genuine and coordinated effort by governors to tackle the spate of banditry and kidnapping in the northern part of the country.

Sani gave the advice on Thursday in Kaduna when he spoke to reporters on the security challenges in the country.

He said only genuine and non-partisan effort would tackle the spate of banditry and kidnapping in states.

“Banditry and kidnapping have become a form of business; there are many chains and many people involved in it,” he noted.

He, therefore, advised the governors to cooperate among themselves and with security agencies to end the menace.

On the efforts being made by Sheikh Ahmad Gumi to encourage bandits to repent, Sani said that it was a welcome development.

“But the only fear that I have is that, I know what it takes for somebody or an entity or group to canvass for issues of amnesty for bandits.

“Reconciliation with the bandits is one of the most difficult tasks even for the government.

“I said it one time that, before you reconcile with people of that character, the fundamental thing you need to know about them is their strength, the motive and the people or the channels that are involved in the crime.

“That means, you need to have a  privileged or intelligence information regarding how they operate, how they source materials, how they interact, how they relate and how they engage among others.

“I saw the way the Sheikh Gummi group was doing it, but for me, it is too local to be accepted because there is no way you operate  something like that.

“There are so many things that need to be involved. If they say they want to agree or they surrender to a scholar or to a group or whatsoever, how many weapons have they surrendered before you? Then, what about the sources of getting the weapons and other things.”

Sani noted that “since banditry is now like a business, we have to manage them one by one, which an individual or group cannot do.

“It’s only government that can do it. And I said it that, majority of the Governors that are engaged in reconciliation with these bandits, are more political than conventional.

So, this decision taken by Sheikh Gummi, I think there is the need for the security agencies and other Governors to come together to conclude what he started.

“Because he has started what he cannot finish, people who know the intricacies of this banditry know where I am heading to.”

The former lawmaker, who was Chairman House Committee on National Intelligence and Security, also advised the governors and security agencies to be more proactive in tackling the menace.

Sani, who was also a governorship aspirant under the All Progressives Congress (APC) in Zamfara, described recent reconciliation of party leaders in the state as necessary to move the party forward.

“Reconciliation is an integral part of our religion and we must abide by that.

“Apart from that, you can only succeed if you come together, forget the fact that APC is an opposition party in Zamfara State, we all know that Zamfara is a stronghold of the APC.

“But because of the crisis that erupted in 2018, we lost everything, but we have no regret whatsoever because it was ordained by Allah that such a thing must happen.

“Bye and large, this reconciliation is sending a clear message to the incumbent Governor and other people holding positions from the state assembly, the National Assembly and others, that we are really ready to reclaim our state from them.

So, the implication of this reconciliation is very simple, in as much as we have reconciled sincerely, understand our differences and ready to manage them well, we are as good as having our State reclaimed from the PDP in 2023.” (NAN)