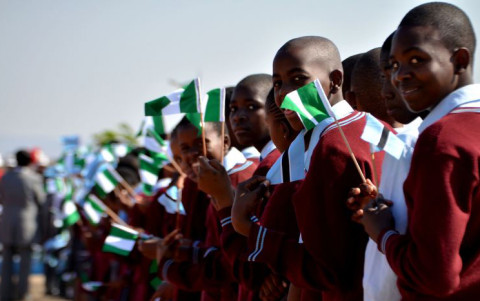 By Yusuf Ozi-Usman – The United Nations Children Fund (UNICEF) has lamented that Nigeria is losing no fewer than 500,000 infants to malnutrition annually, which it described as silent health crisis.

The international donor agency which began a two-day workshop today in Calabar, capital of Cross River state for media executives and health correspondents of many Nigerian media organisations, stressed that unless something is done, malnutrition would continue to take its tolls on the nation’s children.

The workshop, tagged: #Stop Child Malnutrition In Nigeria, was coordinated by the UNICEF’s Communication Specialist, Mr. Geoffrey Njoku with top officials of the federal and Cross River ministries of health in attendance.

Speaking on the nutritional situation in Nigeria and its impact on children, the Chief Nutritionist of the UNICEF, Mr. Arjan de Wagt said that most of the children die of malnutrition within their first 1000 days on earth, describing the period as “window period.”

Mr. Wagt said that the first 1000 days of a child are so important that they determine not only the child’s growth but also his entire health status throughout the life, up to old age.

The Chief Nutritionist stressed that malnutrition affects not only the poor but also some wealthy ones, adding that part of the effects of the malnutrition is obesity.

“Whenever we talk about malnutrition, the only thing that comes to the mind is that it is for the poor uneducated rural people who have less to eat. But malnutrition also includes eating wrong food or unbalanced diet. It is about lack of knowledge of the food we eat and not lack of food.”

Wagt said that the chief cause of malnutrition is lack of exclusive breast feeding of the child in the first six months of his birth, insisting that breast milk is made strictly for the babies and they must not be denied of it.

According to him, children that are not well-fed and properly cared for usually experience stunted growth, over weight, micro nutrient deficiency and are generally prone to life threatening diseases.

The speakers at the workshop, including. Dr. Chris Osa Isokpunwu of the Federal Ministry of Health, the Coordinator of African Centre for Media and Information Literacy, Chido Onuma called on the media to be in the forefront for advocacy on behavioural change amongst Nigeria to reverse the trend.

Though, UNICEF announced that through its numerous interventions, about 208,000 lives of mal-nourished children have been saved in the last 12 months, the speakers stressed the need for more financial assistance from donor agencies to increase the number of those it could save from the dangerous effect of malnutrition to one million per annum.

The speakers stressed the importance of people regularly going for de-worming and for them to observe behavioural change as well as take other positive measures to stem the tide of death from malnutrition.

They appealed to media organisations to join in the crusade against malnutrition so that more lives could be saved and to bring a new way of dieting to ensure proper nutrition into the lives of Nigerians.

The workshop, which drew no fewer than 50 journalists, including online publishers, editors, senior correspondents from newspapers, television and radio stations, ends tomorrow, Thursday.