University Don Slams Ukpabio and other Witch hunters in Nigeria 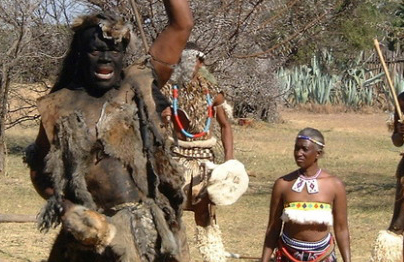 The program was organised by Nigeria’s National Human Rights Commission- a state agency that promotes human rights in the country.

The theme of the event was Harmful Traditional Practices Against Children. It was chaired by Mr Attah Ochinke, Attorney General and Commissioner for Justice in Cross River State.

He described witchcraft as a superstitious belief that has no place in science and in the development of the country.

He said child witch stigmatization is a ‘throw-away-culture’ like the killing of twins, which people should abandon.

Prof Udombana denounced the activities of witch hunting churches and pastors which he said were largely responsible for child witch stigmatization in the state.

He condemned the film, End of the Wicked, produced by Helen Ukpabio. He said such films should not be sold in the market.

Professor Udombana displayed during his presentation photos of Helen Ukpabio and a poster of another witch hunting church in the state.

He recommended that government monitor the activities of churches in the state and bring erring pastors to justice.

There were over 300 participants at the event including representatives from National Human Rights Commission, Nigerian Bar Association, the Nigeria Police, Immigration Service, Civil Defence, and Civil Society.

Also at the program were some members and pastors from the Liberty Gospel Church owned by Helen Ukpabio.

It should be recalled that in 2009, Ukpabio sent her church members to disrupt a similar event organised in Calabar by the Nigerian Humanist Movement.

Barr. James Ibor of the Basic Rights Counsel and the Nigerian Humanist Movement was at the event.

He expressed satisfaction that at last, the National Human Rights Commission had taken up the campaign against child witch stigmatization in Nigeria.