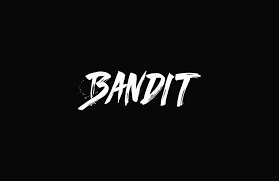 (AFRICAN EXAMINER) –  The freed passengers of the Niger State Transport Authority, who were kidnapped by armed bandits, say the abductors humiliated them while in captivity.

The victims in separate interviews disclosed  that the bandits made them to trek inside bush amid starvation and beating.

It  would   be  recalled that 52 passengers of the transport company were abducted by gunmen in Kundu village of Rijau Local Government Area on Feb. 14, while returning to Minna.

One of the victims, Mohammed Ndagi, a civil servant with the state Science and Technical Board, said that their vehicle was intercepted by the bandits at about 2:30 p.m. and before their vehicle stopped, the bandits shot at the bus.

He said the bandits also asked them to come down from the bus, while they led them into the bush where they trekked day and night.

“The bandits only carried women and children on their motorcycle to a particular destination.

“When we trekked to where the women were kept, it was already night, they cook spaghetti and poured on our hands to eat.

“We were cooking for ourselves and they kept beating us on daily basis and as we moved, we kept seeing more of the bandits,” he said.

One of the passengers named Ndagi stated that a particular bandit kept beating them with sticks and threatened them to give them money or risk being killed.

Another victim, Hamza Mohammed, also said that they went through terrible experience in the hands of the bandits. He said that they were only given one bottle of dirty water used in feeding cattle for ten people to take.

“The first day, we rested on a mountain and anyone who attempts to sleep will be flogged,” he said.

He said that the day they were to be released, the bandits asked them to forgive them for whatever treatment they had melted on them and pray for them to change their ways.

Similarly, Hajiya Jummai Isah, one of the victims, said that she was traumatized as a result of her experience at the hands of their captors.

She said that they didn’t take their bath for a week or brush their teeth, while they relied on little food.

She, however, said that the bandits used their motorcycles to convey women and children and didn’t allow them to trek.

“We had little or no food to eat, they usually give us little food to cook and eat.

They beat the men and spare the women and children, they only started beating women three days before we were released.

“They started beating us and shooting on the air because they said our people refused to give them money,” she said.

Isah appreciated the state and federal governments for their efforts in ensuring their safe release and reunion with their families.

Meanwhile, Gov. Abubakar Sani-Bello of Niger, while addressing the victims before handling them to their families, appealed to them to be calm and go about their normal businesses.

Bello, who was represented by his chief of staff, advised them to see their abduction as one of the wishes of life and commended the people of the state for their prayers and support that resulted in their release.

He disclosed that the governor had approved some stipends for the victims to assist them to transport them back to their families.

He also promised that all efforts were being made to secure the release of the students and staff of the state science school in Kagara.