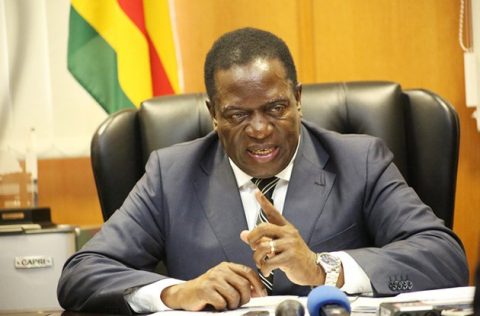 (AFRICAN EXAMINER) – Zimbabwe’s security forces on Thursday cleared people off streets of the capital Harare and forced shops to close, a day before planned anti-government protests during the worst economic crisis in more than a decade.

President Emmerson Mnangagwa has struggled to keep his promise to revive the economy, with many Zimbabweans complaining they are worse off than when he replaced the autocratic Robert Mugabe after an army coup in 2017.

Activists have called for street rallies across the country on Friday over corruption in government and economic hardships. Soaring inflation has eroded salaries and pensions.

Armed soldiers and anti-riot police patrolled on foot and in trucks, telling people to leave central Harare, while checkpoints blocked roads in.

“Why are they forcing shops to close before the stipulated time?” asked one nervous motorist, asking not to be named.

On Wednesday, Mnangagwa said Friday’s protest would constitute an “insurrection” by the opposition.

A police statement said no demonstrations would be allowed.

“All security arms of the government are on full alert and will deal decisively with any individuals or groups fomenting violence and sending threats or provocative messages through the social media or any other means,” it said.

Activists organising the protests on social media said they would press on and people would demonstrate in their neighbourhoods.

“The protest is fluid. It will take whatever form that will disable the regime, and would be the beginning of many more in future,” Promise Mkwananzi said by Twitter from a secret location where he was hiding from police.

“The regime has already been shaken to the core. We have disrupted their comfort zones.”

Critics say Mnangagwa, like other authoritarian leaders round the world, is exploiting the coronavirus lockdown to stifle dissent.