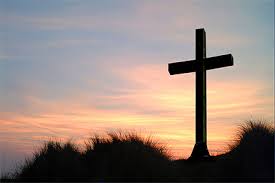 The police charged Joe Abraham, 39, and Afolabi Michael, 35, with criminal conspiracy, breach of trust and cheating.

The Prosecution Counsel, Dabo Yakubu, told the court that the complainant,  Sokwo Nyachi, who lives in Kwali, FCT, reported the matter at Gwagwalada Area Command on July, 29.

Yakubu alleged that the first defendant deceived the complainant into believing that he had a prophecy for him over his business.

He said that Abraham (First defendant) asked the complainant to sow his Toyota Corolla, 2003 model car as a seed, promising him that after one week he would see miracles in his business.

The prosecution counsel further alleged that after one week, the complainant did not see any improvement as promised.

He said the car was later given to Micheal (second defendant) of Lokoja, Kogi, who in turn sold the said car to Yusuf Abiodu, a mechanic at Lokoja, Kogi for N550,000.

He added that the offence contravened the provisions of sections 96, 311 and 320of the Penal Code.

The defendants, however, pleaded not guilty to the charges preferred against them.

The Defence Counsel, Albert Ad’ejembi prayed the count to grant the defendants to bail in the most liberal terms citing section 162 and 163 of the Administration of Criminal Justice Act (ACJA) to buttress his claims for bail.

He said the claims before the court were mere allegations that need to be proved, adding that they have been enjoying administrative bail.

Magistrate Yusuf Ibrahim admitted the defendants to bail in the sum of N100, 000 each with one surety each in like sum.

Ibrahim ordered that the sureties must be ready to forfeit the bail bond via an affidavit if the defendants jump bail.

He said the defendants must submit a print out of their Bank Verification Number (BVN).

Ibrahim adjourned the case until Oct. 7 for hearing.