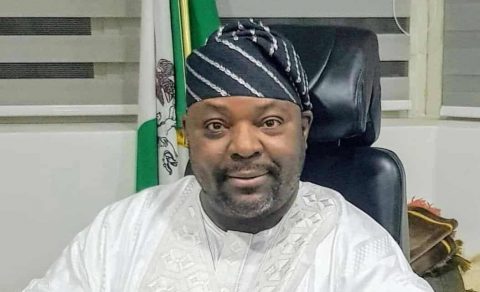 (AFRICAN EXAMINER) – The Kano Youth Support Group, a non-partisan assembly of young Nigerians in the commercial City, has raised the alarm over what it described as clandestine social media attacks on Mr. Inuwa Waya, a prominent indigene of the state and Managing Director of NNPC Shipping, by some people apparently threatened by his rising profile ahead of the 2023 state governorship election.

Mr. Balarebe Yakub Jeje, Chairman of KYSG in a statement made available to journalists, explained that though Waya has not indicated his interest to join the race to succeed incumbent Kano State Governor, His Excellency, Dr. Abdullahi Ganduje, come 2023, findings indicate that some politicians riled by the bourgeoning popularity and personal goodwill of Waya among locals and elites in Kano, are taking surreptitious steps to eliminate perceived threat to their ambition via sponsorship of phantom stories in social media.

He noted that the grand plan is to intimidate, harass and totally browbeat the NNPC chieftain out of contention or reckoning as the race to 2023 draws closer.

‘’They know that Waya is a good material, they know that he has what it takes to perform based on verifiable track record in public service but they don’t want him to come close to making such contemplation to run,’’ Jeje stated.

While calling on Kano indigenes and residents to discountenance the trending phony media reports, the KYSG chairman implored politicians to desist from character assassination noting that participation in politics is a constitutionally guaranteed right which is not limited to career politicians alone or certain class of individuals.

“People must understand that the laws of defamation and character assassination put a heavy legal burden on individuals making frivolous and false accusations. The cardinal principle of law is that he who alleges must prove. Punitive and exemplary damages are remedies in court in cases of defamation,’’ the KYSG chairman stated.

An indigene of Yakasai village in Kano Municipal Local Government Area of Kano State, Waya holds an LLB from the Ahmadu Bello University, an LLM (Petroleum Law, Policy and Economics) from the University of Dundee and a Post Graduate Diploma (Management of the International Energy Industry) from the College of Petroleum Studies, Oxford, England.

While serving as Managing Director of Duke Oil Nigeria Limited (NNPC Trading Limited), Waya superintended over the transformation of the operations of NNPC products and crude oil trading Company- he ensured that these activities were done simultaneously with the consolidation of NNPC Joint Venture trading companies into one single formidable trading company doing business under the name of Duke Oil Incorporated

In order to capture the emerging market in Asia and Middle East and in line with mandate given to it by NNPC, Duke Oil under his was watch opened an office in Dubai – United Arab Emirate (UAE).

Records obtained from the published 2018 Audited Financial Statements of NNPC subsidiaries indicated that he Company is up to date in terms of payments of taxes. The turnover has considerably increased over the years and Dividends are paid to the shareholders (NNPC), as and when due. There are strong indications of   better results in the yet-to-be published 2019 AFS of the company.

Currently, Inuwa Waya, is coordinating the NNPC  Shipping optimization programme, that will give birth to new NNPC Shipping entity in accordance with the International Best practice. He has a number of other concurrent assignments, such holding Directorship in the following entities;

NNPC Retail Limited, Nigerian Pipeline Security Company, NIDAS Shipping Entities, NIKORMA Gas Transport Company and many other too numerous to mention. As one Energy Industry Expert puts it, ” Mr. Waya is just a genius in his own right. A reformer if you like, especially, when you looked at his remarkable achievements in the Oil and Gas industry. He is a rare breed, we have very few of them and we are delighted to have him in our midst”.