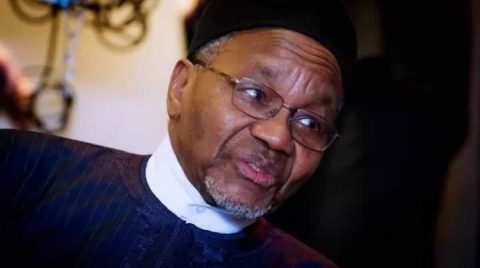 (AFRICAN EXAMINER) – The Yoruba socio-cultural group, Afenifere, has criticized the position of President Muhammadu Buhari’s nephew, Mamman Daura, who stated that zoning shouldn’t be a yardstick in the arrangement of the 2023 presidency.

Recall that Daura while speaking with BBC Hausa service, had advocated that competence should be placed ahead of zoning.

Reacting, Afenifere stated that the country must still use the usual power rotation between the north and the south.

Joe Odumakin, the spokesman of the group, disclosed this while speaking with Daily Trust in a telephone interview saying that the country must stand firm and respect the zoning agreement.

Odumakin said: “They [northern candidates] would come out definitely, but it is now left for the country to say whether they want to accept the move or they should insist on the common understanding that power should rotate between north and south.

“I heard him [Mamman Daura] talking about competence or whatever. In 2023, he would understand if there is anything called competence. We are watching how things unfold.”

Odumakin further stated that he expected the south to form an alliance so that the presidency returned to the region in 2023.

Also, the Ohanaeze Ndigbo, the apex Igbo socio-cultural organisation in Nigeria have called on political parties in Nigeria to vote for the Igbos and give them a chance in 2023.