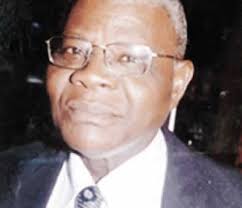 On Monday, 28th November, 2016, the serenity and self-evasiveness of the main chambers of the apex house of justice in the country’s capital, Abuja, will open its doors to kick-off the last rites of passage of one of their own, the amiable, affable and indefatigable, Lord Justice (Prof) Niki Tobi, JSC, CON, CFR. With helpless gaze above ordinarily stoic hearts now burdened with grief, their Lordships and other leaders of the only profession of the educated will take turns to bid this legal giant bye and bemoan the cruelty of death.

Inscrutable and eerie is this phenomenon called “death”, so that it is seldom talked about in society. In some cultures, it is a taboo to say anything about death during meals, least its prying and lurking ears will hear! Even when religious dogma canvass and categorically offer the expectations of a paradisiacal bliss quite superior to the most exquisite earthly pleasures, even the message bearers scarily volunteer to transit.

Yet, death is one of man’s most recurrencing experiences and clearly ineluctable to all matter, plant or animal; chiefest being man. On the contrary, one of man’s main preoccupations is the deployment of most valued mental and physical acumen to perpetuate earthy existence. Perhaps, next to the senseless financial outlay into preparations and making of wars and trouble, man’s next most prized investment is in the business of not dying. So, all men, great and small become lilliputians when before even the youngest healthcare giver, hoping like the biblical King Hezekiah, who asked God to “please delay it for some time”. But we are all often in this type of negotiation with God, asking for the grace and compassion of allowing us and our loved ones to stay longer here, despite our pretentious grumpiness about the difficulties and stress of life.

One of the times when many Nigerians could have wished death did not come knocking was on 19 June, 2016, when news of the passage of a priced national jewel, “Niki Tobi” blazoned the breaking news headlines. Like a big elephant whom some villagers encountered, each part of him was worthy of reclaim. An outstanding lawyer, teacher, judge, community worker and devout Christian worker and family man, etc.

Hon Justice Niki Tobi started life in a teachers’ training college and naturally cut his teeth before the black board. He became better known as a no nonsense Teacher, Second-Master and ultimately Headmaster of several schools. With a shining “cane” he helped sharpen the coves of no few young men and women from the Midwestern parts of the Niger Delta. Today, many of them are great men and women of influence in the society. Thereon and after the pile of legal educational laurels, he went on to become a tenured and internationally acclaimed Professor and Dean of the Faculty of Law, Deputy Vice Chancellor and Acting Vice Chancellor all of the University of Maiduguri. As Chief Joe Ghazarma, SAN, Prof Gidado Maxwell, SAN, Ricky Tarfa, SAN. Justice Tijanni Abubakar, JCA and others would corroborate, today, most outstanding members of the legal profession at the bar or on the bench from the Northeast, pass through him.

A jurist per excellence, who rose systematically from the High Court to the Court of Appeal and onwards, to the Citadel of Justice of the nation. With his ebullient credentials, for eight years, he became the intellectual forte of the Supreme Court. Like many other great men, such as Napoleon Bonaparte and Simon Bolivar, nature did not give him great physical endowment or comely vocal chords to lead on opera. But for the period when he served in the Supreme Court, he betrod the nation’s highest courts as a towering vision and was like the Colossus of Rhodes in writing lead judgements.

With a lavish academic foundation, he easily followed the tradition of some of the greatest legal minds the world has known, John Marshall, Hugo Black, Ademola Adetukumbo, Nabo Graham-Douglas, Akinola Aguda, Louis Mbabefo, Kayode Eso, Chukwudi Oputa, etc. Today, hardly can any citations on any serious matter be made without reference to his numerous judgements, opinions and conclusions; all of which are unassailable on grounds of law, logic, morality or equity.

AN EMISSARY OF PEACE

It was the Lord Himself who on the Sermon on the Mount said “blessed are the peacemakers for they shall be called the Sons of God”. At the height of the Jos Crisis in 2001, this child of God was called by Former President Olusegun Obasanjo to help lead a Commission of Enquiry and chart a formula for peace, reconciliation and stability. Many who followed him then, say it was a terribly tough and enervating assignment, but in his ever cheerful poise, he took on the task meticulously. Today, that great town, Jos, enjoys relative measures of peace thanks to Tobi’s toil. If only the warnings which the sagely icon gave at the time had been heeded, perhaps, many lives could have been saved when on latter date, the devil came knowing to ferment troubles.

Many know former President Obasanjo as an extremely wise and prescient person. After the task and toil of Jos, he brought his Lordship Niki Tobi to chair an attempt at holistic constitutional reconstruction through the National Political Reform Conference of 2005. But President Obasanjo, also had at the back of his mind the fact of the singular role this great Nigerian played in providing the intellectual fibre towards the emergence of the 1999 Constitution, within the margins provided by the then military rulers. In reminiscence, he was in that year 1998, appointed by the Military Head of State, Gen Abdulsalami Abubakar to chair the Constitution Draft Committee which finally produced the grand norm which is still in use.

A SOLID CHARACTER AND COURAGE

Forthright, truthful, incorruptible, courageous, humble and totally content with life. Ever cheerful, ever witty, ever humorous and ever down-to-earth. One of the finest specie of human beings; so high, so exalted and so venerated. Yet, so self-abased, self-abnegated and totally self-reclined. No wonder, despite his properly earned laurels and strings of epithelial references, all who knew him, young and old, simply called him “Niki Tobi”.

When he retired in July 2010, what many suspected became obvious as the cat was let out of the bag. Apart from the fact that he invested heavily in training his children with the best available education; this great man had little material possessions, not even a single house in this sprawling city of mansions called Abuja. The situation became more embarrassing as pressure mounted on him to vacate the government quarters in the three arms zone after retiring for some time. Thank God, friends led by late Gen. Owoeye Azazi rallied round to get a partially completed place in Lokogoma, Abuja, where he lived till his death.

I once asked him; what is the secret of his midas touch as a trail of success seems to have followed him all through life and seen him triumph over the most turbulent waters. His answer: simply, a deep relationship with God. Justice Tobi was a devout Christian; a member of Deeper Life Bible Church founded by the highly respected puritanical Christian leader and former UNILAG Mathematics Professor, William Kumuyi. While the fad and trendy bandwagon in Christendom is the message of success, prosperity, and so on, Kumuyi’s old-fashioned approach emphasises austere, holiness, righteousness and heaven-mindedness.

THE VALUE OF ANCIENT WISDOM

Another building block, according to the great scholar, was the foundational structure back in his home. He was born into a humble fishing family in Esanma village, around the bubbling town of Bomadi, in the Delta State’s border area with Bayelsa State. For many around Justice Tobi, his love for the upbringing of strict morality, pursuit of honour, a good name and a lifestyle of moderation and spartanism were hackneyed and boring metaphors for daily existence. He grew up with discipline as a mantra and followed it punctiliously even with his own children. He was an Ijaw man to the core and was quick to remind all who cared to listen that the word “Izon” means “truth”. On a lighter note, despite his westernised education and exposure, he was local and native enough to be associated with tying wrapper whenever at home or during informal visits to friends and family.

With such a rich and fulfilled life, would it not be fair to allow Daddy Niki Tobi go and rest? After all, in the words of the great Christian theologian St. Augustine, the ultimate destination of all children of God is the “City of God”. At nearly 76 years of age, he might not have lived oldest as many would have wished, but we know that his has been one of great strides in the sands of time.

Nigeria, the Ijaw ethnic nationality and Delta State will undoubtedly miss the rich counsel of a rare brain, his ready interventions and multifarious linkages so critically needed on the onerous task of what the Germans call “stadtbildung” at this time. Indeed his i devoted widow, Mummy Gbegbeto and children, not the least Justice Ebiowei Tobi, who is following his footsteps, would greatly long for his ever loving presence. But his memory is blessed and will impact, like Lord Dennig, many generations across far lands unknown to us.

Ambassador Godknows Boladei Igali, Ph.D., is a fellow of the Historical, Society of Nigeria, Administrator and Award-Winning Author.igalibuea@yahoo.com