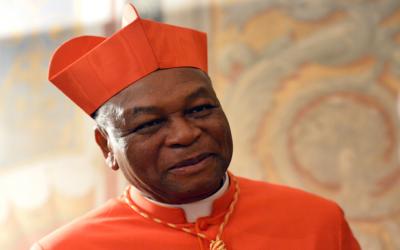 The Metropolitan of Abuja Province, John Cardinal Onaiyekan has admonished those aspiring for public offices and political positions in Nigeria to ensure that their quest for political leadership, is solely driven by a genuine passion and zeal to serve the people. 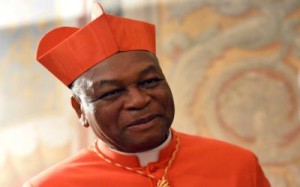 Cardinal Onaiyekan said politics is not a game of deceit for a few criminals and dishonest people but rather, it has to do with how the society is organized, adding that those who are privileged to be elected into public office should see it purely as a call to service.

He also noted that those who feel they are called to render service to the community in political leadership are rendering a sacred service to God as well.

“Therefore, a good politician is a servant of God for the people. This has to be the way forward for our country Nigeria. If political office is seen as an opportunity to genuinely serve the people, then only honest people would aspire to such a position. And when they are there, they will do what is right for all”, he said in his homily at the thanksgiving Mass to celebrate the centenary of the advent of the Catholic faith in Ekiti land, which was held recently at St Patrick’s Catholic Cathedral Church, Ado Ekiti.

He equally spoke extensively on the importance of freedom of religion, interfaith harmony and cooperation which, according to him, culminates in religious dialogue.

The cardinal also harped on the need for the government to address the plight of the Nigerian youths, especially in the area of unemployment and absence of social security scheme in the country.  “The situation of young people in our country is a cause of grave concern. Many of them having studied hard and achieved significant success in their training roam the streets with no work and no employment. This can be very frustrating and discouraging and creates the conditions for anti-social behaviour”, he warned.

Cardinal Onaiyekan therefore called on the government and Church leaders to find a lasting solution to such devastating and avoidable situation because the youths, he said, are the future of both the nation and the Church.

“Those who speak of a time bomb ticking away are not exaggerating. Efforts of government need to be more focused and more effectively monitored. In the Church however, we still need to play our own role. It is a challenge that we cannot abdicate”, he added.

He also urged Catholic faithful to be role models in the society they live in pointing out that this is one of the major tasks of the Church in the larger society. He added that the centenary celebration also challenges the faithful on the tasks ahead in respect of the apostolate and mission of the Church in the diocese and the country at large.

The six tasks ahead of the Church, according to him, include, deepening of the faith; living the faith; the mission imperative of the Church; interfaith harmony; role of the Church in the society at large and the role and fate of the youth, especially in the Church.

Speaking on the need for Catholic faithful to deepen their faith, he counselled that them to not only improve on their faith but also to constantly go back to the sources to renew it because according to him, “doubts will always come. Clouds may sometimes cover our vision”.

Going down memory lane, Cardinal Onaiyekan traced the growth of the Church in Ekitiland since its inception in 1813 and commended the missionaries, who brought the faith, the early Catholic faithful who accepted the faith and the succeeding generations for the continuation of the faith.

He also commended the first set of indigenous priests, the catechists and others who helped in the spreading of the Good News of Christ in the land. He particularly praised Bishop Michael Fagun, the first indigenous bishop of the Diocese.

“With the creation of the diocese of Ekiti, the development of the Church took a fast turn, as we can see from the great increase in the number of local priests who have been ordained in the past forty years. We cannot forget either the establishment of an indigenous Congregation of Rev. Sisters here in the diocese, the Sisters of St Michael the Archangel. The Church has grown and has become to a large extent self-sustaining and self-propagating”, he further stated.

He equally used the occasion to correct the notion that Christianity rode on the back of colonialism to enter the country. He noted that both the Christian missionary work and the colonial enterprise had divergent sometimes opposing agenda, adding that the coming of Christianity into the country was the handwork of God which has no link or dependence whatsoever on the advent of the colonialists.

“What is certainly important to note is that those who claim that the Christian faith rode on the back of colonialism into our country have not read the history accurately and correctly. We had indeed several instances where the colonial government was a clear obstacle to the work of Christian Missionaries especially in the Northern part of Nigeria. The word of God does not need any colonial masters to make its way. It has the power of its own which has continued long after the colonial era is finished and gone”, he stressed.