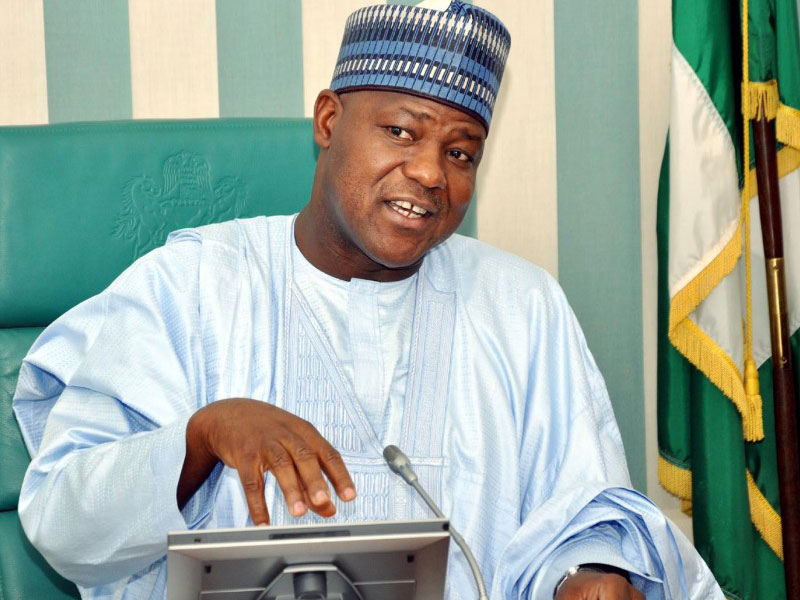 (AFRICAN EXAMINER) – Former House of Representatives Speaker, Yakubu Dogara, has spoken against the reports that he would run for the presidency in 2023 with former Lagos State Governor, Bola Tinubu.

The former speaker said in a statement issued in Abuja that the report was falsehood spread by mischief makers.

The statement stated: “Our initial decision was to ignore them since they are utterly baseless but it appears that the promoters of this fallacy are unrelenting in spreading the falsehood and have now succeeded in making it sound believable to the extent that even some conventional and ‘credible’ media platforms are beginning to take it up.

“In order to stop the further spread of this deliberate mischief whose objective is yet to be ascertained, the public is hereby advised to disregard and totally discountenance the purported story and pictures for what they are – handiwork of mischief makers.

“These stories and pictures we understand are being sponsored by officials of the Bauchi State government in their desperate bid to lend credence to the infantile delusions of their principal, captured in his ludicrous postulations that Rt. Hon. Dogara left the PDP just because he was “deceived” by the APC with the promise of a position come 2023.”

The statement said Bauchi state Governor, Bala Mohammed “had publicly alluded to this and has continued to push these narratives all in an effort to malign and disparage the person of Rt. Hon. Dogara and divert attention of the people from issues of poor governance in the state”.