Ex-Skye Bank Manager Jailed  for One Year over N200m Fraud 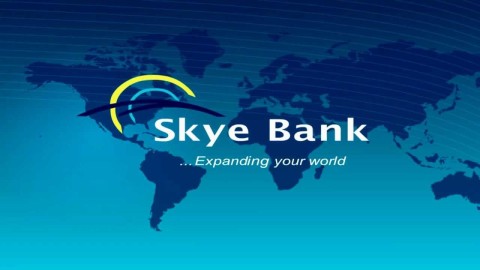 The convict who was prosecuted on a 5-count charge, following a complaint by his employers, allegedly defrauded Alhaji Usman Tetengi, a customer of the bank, to the tune of #200, 000, 000 ( Two Hundred Million Naira) when he issued him fake deposit certificate and diverted the money to personal use.

Count one of the charge read, “That you, Tajudeen Yusuf, ( former manager Skye Bank Jos) sometime between the years 2010 and 2013, in Jos, Plateau State within the jurisdiction of this court, did with intent to defraud obtained monies, the sum of #200,000,000:00 (Two hundred million Naira) from one Alhaji Usman Tetengi under a false pretence that the said sum was to be kept as fixed deposit in Skye Bank Jos, for profit and thereby Committed an offence contrary to Section 1 ( 1) and Punishable Under Section 1 ( 3) of the Advance Fee Fraud and Other Fraud Related Offences Act No. 14 2016”.

Count two reads, “That you, Tajudeen Yusuf ( former manager, Skye Bank Jos) sometime in February, 2011 in Jos, Plateau State within the jurisdiction of this court, did make a false documents to wit; Skye Bank Deposit Confirmation Advice, with intent that it be used and acted upon as genuine, thereby Committed an offence contrary to Section 465 of the Criminal Code Act, Cap C38 Laws of the Federation of Nigeria 2004 and Punishable Under Section 467 of the same Act”.

In his judgment, Justice Alagwa discharged and acquitted the convict on counts one, four and five but found him guilty on counts two and three and sentenced him to six months imprisonment on each of the counts.