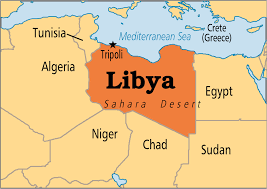 (AFRICAN EXAMINER) – The Libyan ministry of foreign affairs of the Government of National Accord on Wednesday announced it had agreed with its Tunisian counterpart to open their air spaces and land borders from Saturday, after months of suspension.

A letter from the office of the deputy minister of Foreign Affairs to the Minister of Interior said the agreement follows the implementation of a health protocol related to the facilitation of movement between the two countries.

It also touched on the resumption of commercial exchanges, as well as the movement of citizens through air and land borders.

The letter called on the Interior ministry to charge of the affiliated units to open the land and air spaces under its supervision from Saturday.

It explained that the agreement with the Tunisian party followed the visit of the Libyan delegation in the neighbouring country led by the deputy minister of foreign affairs on 21 October.

The Libyan office of airports at the ministry of Transport informed the airport director that the airports would be opened and that flights between Libya and Tunisia would resume from 14 November.

The letter underlined the need to implement the agreed preventive measures as stipulated in the health protocols.