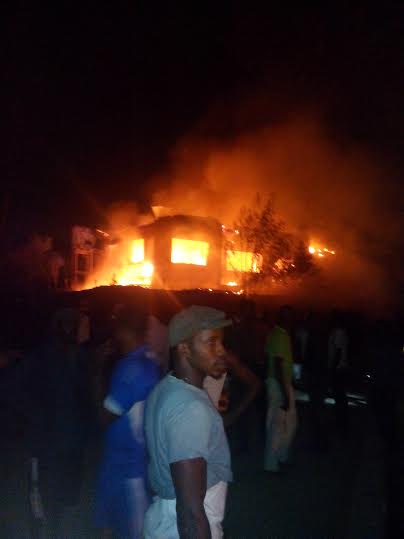 A fully loaded fuel truck Saturday morning fell off Ojuelegba over head bridge and immediately catch fire.
The truck was coming from barracks side and heading towards Abalti Barracks, along Funso Williams avenue, Surulere.
An official of the State Emergency Management Agency (LASEMA) said the truck was being toyed, a factor which he attributed to the accident.

The incident caused spillage on the surrounding axis and vicinities. LASEMA and State Fire Service officials, who arrived shortly after the truck fell, confirmed to newsmen that there was no casualty.

Following the incident, the rescue workers cordoned the flyover, from the Barracks end, so as to avoid friction, which might lead to spark or explosion.
A Special Adviser to Lagos State Governor, Mr. Elegushi said the bridge would be reopened when the rescue workers finished their mopping operations.