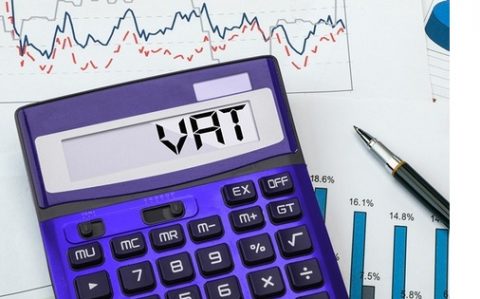 (AFRICAN EXAMINER) – The country earned a total of N876.09bn from Value Added Tax in the first nine months of this year, statistics released by the National Bureau of Statistics have revealed. The NBS in its VAT report which was released recently said the sum of N289.03bn was generated in the first quarter while N311.94bn and N275.11bn were generated in the second and third quarters of the year respectively. A breakdown of the N876.09bn showed that the highest amount of N256.86bn was received from non-import foreign VAT, while N179.85bn was generated from Nigeria Customs import VAT. A further analysis of the VAT report showed that N85.97bn was received from professional services; breweries, bottling and beverages contributed N31.82bn; banks and financial institutions, N12.68bn; commercial and trading, N45.65bn; while oil production had N27.64bn VAT.

Recalled that, since 2015 the non-oil sector has brought into the coffer huge taxes than ever before, more so, with the dwindling oil fortunes and the downward trend of the price of oil in the international market, coupled with the systematic diversification of the economy, the performance and contribution of the non-oil sector to the overall development of the economy has been massive.

It is also important to note that, the Senate and House of Representatives have agreed on the many provisions of the Finance Bill presented by President Muhammadu Buhari for passage into law, including a proposed 7.5 per cent rise on Value Added Tax (VAT). Both chambers have already received the reports of their committees on Finance after holding separate public hearing on the Bill with various stakeholders. Some sections of the various tax laws which the Bill sought to be amended have been expunged and others were replaced with new sections.

On November 21, the Senate Committee on Finance laid its report before the upper chamber, while its sister committee in the House of Representatives presented its report on November 28, 2019. The two reports were laid by the Chairmen of Finance Committees, Senator Solomon Olamilekan Adeola, and his counterpart in the House of Representatives, Honourable James Abiodun Falake, respectively. Senator Adeola, said while presenting the report that the seven in one Finance bill 2019, has been thoroughly considered and passed by the Senate based on recommendations of the Finance committee. In passing the bill based on the committees’ report, the Senate adopted almost all the amendments totalling 56, sought for by the executive in the seven different tax Acts, consolidated into one bill.

However, Faleke said their report was an outcome of public hearing with various stakeholders that raised concerns over some contents of the Bill. The bill from both chambers wants an amendment on the Companies Income Tax Act, Cap C21 Laws 2004 (as amended to date), Value Added Tax (VAT) Cap VI, LFN, 2000 (as amended), Customs and Excise Tariffs etc (Consolidation) Act, Cap C49 Laws of the Federation of Nigeria 2004. Others are Personal Income Tax Cap P8 LFN 2007 (as amended), Capital Gains Tax Act Cap C1, LFN 2007, Stamp Duties Act Cap 58, LFN 2007 and the Petroleum Profit Tax. However, both chambers seek to promote fiscal equity, reform domestic tax laws, introduce tax incentives, support small businesses and raise revenue sources for government proposed an increase of Value Added Tax (VAT) from 5 per cent to 7.5 per cent. Senator Adeola said the 2.5% increase on VAT is purely targeted at the affluent in the society by focusing it on luxury goods which are not consumed by the poor people. “Even on the distribution of gains derived from the VAT, 85% on what is collected goes to the state and local governments. Only a paltry sum of 15% stays with the federal government. “

Also included in this finance bill, we now have reliefs for some small companies that if your revenue as a company is less than N25 million, you are exempted from payment of VAT and also tax “We also went a step further that if you are a company which we have tagged to be a medium company whose revenue is less than N100m, your company income tax has been reduced from 30% to 20%,” he said. Honourable Faleke on his part said the House also approved the proposed VAT increase from 5% to 7.5% on some goods as well as some services rendered in Nigeria or outside defending on other provisions. Both chambers approved that the Nigerian Postal Service (NIPOST) will no longer collect the N50 Stamp Duties as the power has been transferred to the Federal Inland Revenue Service (FIRS). Both chambers agreed on the section of the bill which provides for a taxable persons who fail or refuses to register with FIRS within the time specified in the bill for the registration. “Any taxable person who fails to submit returns shall be liable to a fine of N50,000 for the first month and N25,000 for subsequent month of default,” it added.

The Bill as approved by the National Assembly also approved the amendment to the Customs and Excise Tariff, etc (Consolidation), Act and empowered Nigeria Customs to impose duty on “goods manufactured in Nigeria and specified in the Fifth Schedule to this Act shall be charged with duties of Excise at the rate specified under the Duty Column.” The Bill further approved that, imported goods and or manufactured in Nigeria shall be charged Excise Duties at the specified rates which will protect local industries by eliminating double taxation and make their prices competitive.

As a matter of fact, Taxation is a means by which governments finance their expenditure by imposing charges on citizens and corporate entities. Governments use taxation to encourage or discourage certain economic decisions. For example, reduction in taxable personal (or household) income by the amount paid as interest on home mortgage loans results in greater construction activity and generates more jobs. Taxation refers to compulsory or coercive money collection by a levying authority, usually a government. The term “taxation” applies to all types of involuntary levies, from income to capital gains to estate taxes. Though taxation can be a noun or verb, it is usually referred to as an act; the resulting revenue is usually called “taxes.” Taxation is the method by which governments finance their spending by levying charges on their citizens and business entities in order to generate revenue. In economics, taxes are divided between buyers and sellers and the tax burden falls on the group that has to pay for the tax. In modern countries, taxation is involuntary and failure to pay different taxes can result in imprisonment. Government often uses taxation to encourage or discourage certain economic decisions.

Taxation refers to the practice of government collecting money from its citizens to pay for public services. Without taxation, there would be no public libraries or parks. One of the most frequently debated political topics is taxation. Taxation is the practice of collecting taxes (money) from citizens based on their earnings and property. The money raised from taxation supports the government and allows it to fund police and courts, have a military, build and maintain roads, along with many other services. Taxation is the price of being a citizen, though politicians and citizens often argue about how much taxation is too little or too much. Taxation is when governments require citizens to pay a certain amount of money to help fund public institutions. Taxes are used to pay for things like public education, welfare programs, transportation infrastructure, defence funds and libraries.

The process whereby charges are imposed on individuals or property by the legislative branch of the federal government and by many state governments to raise funds for public purposes. The theory that underlies taxation is that charges are imposed to support the government in exchange for the general advantages and protection afforded by the government to the taxpayer and his or her property. The existence of government is a necessity that cannot continue without financial means to pay its expenses; therefore, the government has the right to compel all citizens and property within its limits to share its costs. The state and federal governments both have the power to impose taxes upon their citizens.

The basic concepts by which a government is meant to be guided in designing and implementing an equitable taxation regime. These include (1) Adequacy: taxes should be just-enough to generate revenue required for provision of essential public services. (2) Broad Basing: taxes should be spread over as wide as possible section of the population, or sectors of the economy, to minimize the individual tax burden. (3) Compatibility: taxes should be coordinated to ensure tax neutrality and overall objectives of good governance. (4) Convenience: taxes should be enforced in a manner that facilitates voluntary compliance to the maximum extent possible. (5) Earmarking: tax revenue from a specific source should be dedicated to a specific purpose only when there is a direct cost-and-benefit link between the tax source and the expenditure, such as use of motor fuel tax for road maintenance. (6) Efficiency: tax collection efforts should not cost an inordinately high percentage of tax revenues. (7) Equity: taxes should equally burden all individuals or entities in similar economic circumstances. (8) Neutrality: taxes should not favour any one group or sector over another, and should not be designed to interfere with or influence individual decision-making. (9) Predictability: collection of taxes should reinforce their inevitability and regularity. (10) Restricted exemptions: tax exemptions must only be for specific purposes (such as to encourage investment) and for a limited period. (11) Simplicity: tax assessment and determination should be easy to understand by an average taxpayer.

Tax  Evasion: Tax evasion is a deliberate and willful practice of not disclosing full taxable income so as to pay less tax.  In other words, it is a contravention of tax laws whereby a taxable person neglects to pay the taxdue or reduces tax liability by making fraudulent or untrue claims on the income tax form. Tax  Avoidance: Tax avoidance has been defined as the arrangement of tax payers’ affairs using the tax shelters in the tax law, and avoiding tax traps in the tax laws, so as to pay less tax than he or she would otherwise pay.

There is no doubt that increased revenue from VAT will enable government across board to finance development projects and the dividends of democracy will percolate to the generality of the people; this means more revenue can be collected and people will be happy paying because they can see what the funds collected from them are used for.