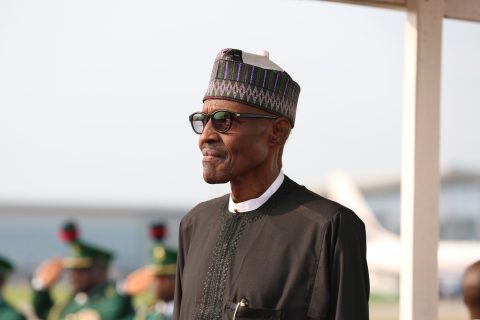 (AFRICAN EXAMINER) – It is no longer news that the Nigeria President Buhari had returned the second time from a medical vacation. His Special Adviser on Media and Publicity, Femi Adesina, had announced Saturday August 19, 2017 morning that President Buhari would return to the country later that afternoon; the news media captured the return. Our president had been reported receiving medical attention in London for over 100 days. The return brought with it a combination of jubilation from his die hard supporters, confusion from his equally die hard opponents and a wait – and – see attitude from the few Nigerians that would remain objective and rational in their approach. Those of us that are his distant friends would actually now recommend a period of rest for a while before facing national problems.

We recall that he left the country on May 7 after handing over power to Vice President Yemi Osinbajo and had returned to Nigeria on Saturday 19, August 2017. Vice president Osinbajo’s leadership style, unassuming and calmed and calculated, was sufficient in diffusing major accumulated problems that President Buhari’s absence might have created for him. The media, regional agitators, labour unions properly represented by ASUU, the national assemblage and many other areas, are immediate hot sports for the returned president; it looks as a big collection of problems but only the tip of the iceberg. Nigeria is full of a collection of unresolved ethno-political, regional and socio-inequalities economic problems.

The presidential spokesperson quoted the President as thanking “all Nigerians who have prayed ceaselessly for his recovery and well-being since the beginning of the health challenge.” What the spokesmen have not said is the exact state of our President’s wellbeing. Perhaps the president would speak for himself sooner or later. For the avoidance of any doubt most Nigerians are truly happy Buhari has not been lost to sickness at this time. They actually prayed and truly for his recovery, even when the media remained mixed. The jubilation was not the expectation of some magical Buhari performance but simply that their prayers had been answered. Salaries that were unpaid will remain  unpaid, level of violence in the society will remain high, fake news may actually be on the increase, our roads that have become death traps or the electricity that is generating only 5,000 where 1,500,000 is needed, all will remain unattended. Government presence in our communities will still be nil, thereby allowing the robbers and evildoers to control the streets. The jubilation is to restore some amount of national unity. It shouldn’t be interpreted as if the President had returned from the moon after planting Nigeria’s flag there.

But what should president Buhari or his advisers do at this time? Truly the Nigeria complex system needs a Buhari at this time more than an ambitious Buhari needing power. The need to confront societal maladministration by the very people elected to governance needs insiders as genuine fighters. Hence collective leadership system is going to assist a Buhari, provided he can be objective and sideline the cabalism and sycophants. He may need to come to some reality by accepting his own personal limitations and work for a legacy. It is always better to quit the stage when it is necessary to do so because overstaying can destroy many years of great achievements.

We have no advice to give in solving the prevailing North – South political divide in Nigeria. In that scenario the North is expected to hold power for two consecutive terms while the South another two consecutive terms. This is an unwritten rule but has been used to hold national unity and bring down boiling political temperature to some level. Obviously, not a very objective approach to solving and fast-tracking national development. In the face of personal challenges and national development, each region should be advised at this time to let us get the country out of the woods as first priority before we think of who is next on the line of leadership. Unfortunately hijackers have always allegedly won leadership in Nigeria political life. These hijackers don’t know why states are created, or even where Nigeria is coming from, or where Nigeria ought to be. Most often they turn religion and ethnicity to cultism and political weapons. We have no advice for them therefore.

Nevertheless President Buhari must see his return to power as a second chance and hence purpose to make good use of his office for the majority poor masses. The political institutions in Nigeria also may be commended for holding forth while Mr President had been away for over 100 days. To that end President Buhari owes Nigeria to do his best for Nigeria’s continuous improvement,  coexistence, economic development and political emancipation in the community of Nations. Nigeria political development is coming of age to have passed a test of patience with an ailing President once more.