Pageant: Zimbabweans May Not Be Able To Vote At Miss Africa Calabar 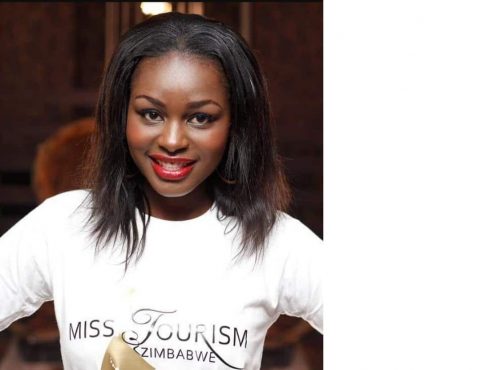 (AFRICAN EXAMINER) – Zimbabweans fear they will not be able to vote for their “daughter of the soil” at the 5th Miss Africa Calabar pageant to be held in Nigeria because of lack of a proper currency as organisers require voters to use Credit or Visa Cards to cast ballots.

Zimbabwe does not have its own currency as it uses a multi-currency system with the United States dollar, South African Rand and Botswana Pula widely used.

While these currencies are easily usable in the country, the challenge comes when one wants to make international transactions where there is need for Credit, Debit and Visa cards.

The Zimbabwe government banned use of international card payment system a few years ago to curtail buying of goods outside the country by citizens as authorities sought to promote its ‘Buy Zimbabwe” policy.

This is likely to cost the country’s contestant at the 2020-2021 Miss Africa Calabar as fans are expected to pay US$1 for each vote they make and pay using the international card systems.

Authorities in the tourism city of Victoria Falls where Zimbabwe’s representative Ashely Morgen hail from raised the concerns and heightened them with government after several people complained about failing to vote.

There are 20 beauties from across the continent vying to succeed reigning supermodel, Kenya’s Irene Ng’endo Mukii who was crowned on December 27, 2019.

Zimbabweans now want authorities to address the issue so as not to disadvantage Morgen, who is a former Miss Tourism Zimbabwe queen (2016) and top 10 finalist in the Miss Tourism International Pageant held in Malaysia in 2017.

“One can vote as many times as they can afford but the use of credit, Visa or Debit cards for voting will make many Zimbabweans fail to vote. The disadvantage is the currency, in our country it means only those with Visa cards can vote for her and it now needs someone in the diaspora to pay for you to vote which is an inconvenience. This means Ashely won’t be able to compete well because of currency issues,” said a tourism executive who chose to remain anonymous for professional reasons.

Even Morgen’s family has also approached some authorities seeking urgent address to the matter.

“There is need for authorities to find a way to go around the issue so Zimbabweans can vote for their queen,” he said.

According to the organisers in Nigeria, all contestants have arrived in Calabar for the three weeks camp before the event at Calabar International Convention Centre.

Registration started in August and there are 20 beauties from across Africa. This year’s show will be largely virtual because of Covid-19 restrictions.

A marketer by profession holding a Bachelor of Commerce honours degree in Marketing, Morgen (26) says her goal is to unite Africa particularly women.

“I am part of Miss Africa because I get to participate in the rewriting of our history. I come with a mind that’s open to learning and heart that’s open to serving. Let the spirit of Ubuntu prevail. Right now the world is in pain, Africa is paining and please be kind to the next person; lets us spread the message of love and kindness,” she said in a short video on MissAfrica.TV.

Morgen came through the ranks of Fingers Modelling Agency in Bulawayo where she attended National University of Science and Technology and became Miss Nust 2015 before becoming Miss Tourism Zimbabwe the following year.

She was also Miss Professional second princess in 2015.

Miss Africa Calabar is a brainchild of an environmental activist Professor Ben Ayade of the Cross River State in Nigeria.

The idea is to campaign to make Africa a better place for humanity by promoting the African content positively to the world at large.

Contestants should be between 18 and 27 years and medium height.