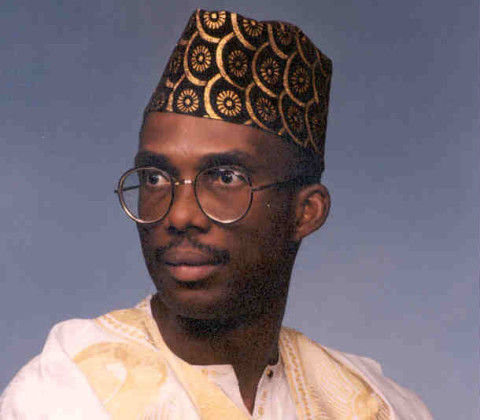 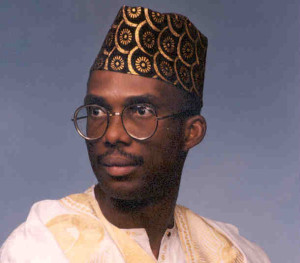 Prof. Ayogu said the not-too-friendly disposition of South Africans towards Nigerians and other immigrants could be attributed to mainly prejudice because the natives generally bring their prejudices to bear when relating with people, especially foreigners, adding that they tend to prejudge people and see them through specific lenses.

Aside from the prejudices and preconceived assumptions about Nigerians, he noted that Nigerians by their nature, are very loud and expressive wherever they are, coupled with their uncommon drive for success and adaptability, particularly in the Diaspora, adding that there are Nigerians in South Africa who are typically very vociferous and apparently ostentatious in line with their way of life back home in Nigeria.

“It is just part of them naturally. They are driven. They are very visible. They let you know when they succeed. That is who they are. This is part of the jealousy. It is however not an excuse for people to attack them. But it is unfortunate that they are treated that way”, he said while speaking during an exclusive interview with African Examiner in Johannesburg.

Prof. Ayogu who is presently an independent Researcher and a Fellow of the Johannesburg-based Mapungubwe Institute of Strategic Reflection (MISTRA), further explained that Nigerians are very successful wherever they go and that the lingering resentment against them in South Africa, is one of the unfortunate collateral effects of their accomplishments in different fields of human endeavours, adding some of them are even better off in terms of contributions to the economy.

The cold reception and antagonism, according to him, is their way of expressing their jealousy which in most cases are probably rooted in ignorance, lack of information and awareness about foreigners, noting that adequate and regular dissemination of information and the introduction of activities relating to socio-cultural issues, can provide a platform where people can easily interact, discuss and debunk those issues around peaceful co-existence  and stereotypes against Nigerians and migrants from other counties as well.

“Those myth built around people are sometimes self-serving because they help you achieve your purpose to denigrate a particular group and see them as the root cause of your problem whereas they have nothing to do with it. We always want to find excuses for our predicaments. If you can’t find a job, you think because I have a job that is why, you are unemployed. This is the scenario playing out in South Africa”, he added.

He, however pointed out that the kind of skills a foreigner possesses can make a world of difference because although people still think that foreigners are the problem, yet those with exceptional skills that can positively impact the economy, are highly in need and appreciated by their host country.

“When you bring a unique skill, the difference is clear. I can testify to that because of my personal experience about the way things work here, having lived in this country since August 2000. There should be more dissemination of information and awareness creation to enable them realize that what you are offering does not have anything to do with their area of specialization. That are specialised skills which a foreigner brings on board to help grow their economy”, he further explained.

The erudite scholar, who is also a former employee of the Brooklyn Institute in Washington D,C where he was in charge of capacity building, mentoring co-staff and doctorate affairs at the African Growth Initiative, also noted that even the fuse and hype about some Nigerians that are alleged to be into all manners of fraud and dubious activities, may be traceable to the way most of them carry themselves. He added that it does not really mean that they indulge in reprehensible things more that other people do.

“It would have been different if they were to be more modest and do things more quietly but it is impossible to change them because that is who they are. There are other groups of migrants that probably do worse things than the Nigerians but they are very slow, calculative and quiet about it. If a Nigerian gets R10 he acts as if he’s got R15 in his pocket and he might invite you for a drink and let you know that he has got some money to spend”, he added.

He also observed that it is very difficult for Nigerians and other foreigners to integrate into the South African society, adding that he was very involved in organizing Nigerians, particularly within the Western Cape axis by making sure that they have a support group that reinforces the need to make the transition easier for them.

Prof. Ayogu who once served as Dean of the Faculty of Commerce and Industry and Director School of Economics, University of Cape Town, said he focused on building the Nigerian community  while in Cape Town because it was quite a lonely place in terms of breaking into the social and community life.

“I was very active with the Nigeria community there. I was working more locally among the immigrant community within the mainstream of South Africa communities. Although, I did get support from my colleagues in the university but I was ultimately trying to build the West African network of immigrants both in terms of students and workers there”, he further disclosed.

On his current duties at MISTRA, the consummate economist said besides his role of leading research projects, he was presently engaged as the country’s Author working on asymmetric demography and the global market which basically entails looking at the linkages between savings, investment and labour market based indices as well as labour force participation in terms of savings from income.

He added that South Africa has entered what is referred to as the demographic window which focuses on the percentage of the population that are between the age of 15 and 54 which potentially constitute strong labour force that is expected to translate into increased income, adding that most countries undergo the process as part of the demographic transition.

“So we are looking at South Africa getting into that window. Whether they are ready to export the inherent potentials of getting to that window and how global financial governance can be improved both at the domestic and international level to take advantage of that. It is a research that has very critical policy implication for the economy. So, I am leading that. There is also another one on resource watch which really has to do with this whole issue of nationalization of mines and so on, which is a very topical issue in this country as you know”, he stressed.

Also commenting on the contributions of migrants to the South African economy generally, he said it is quite enormous in terms of positive impact, just as it is in other parts of the world. He further posited that migrants are the future of the country and that policy makers are fully aware of that because, according to him, it is not the policy makers that have been antagonistic towards migrants but the people, particularly those competing groups with foreigners that see them as their problem.

“It is more convenient to burn down the neighbour’s shop in xenophobic attacks. There is jealousy and hatred because the success and breakthrough of migrants embarrass them greatly. So they just go burning and destroying. They don’t want to see these guys doing better than them in the first place. These guys when they migrate, are self-selected individuals who left their country with purpose and high hopes to make it in life.

“These are people who can succeed and very ambitious. So, you are actually getting the positive cream. It is not the dredges of those societies that make it all the way here. It is like in the olden day of slavery where slaves that got all it takes to survive the transatlantic trade were bought. During that era, the survival of the fittest rules applied. Similarly, there is self-selection in today’s migration because these guys are positive that they can make it anywhere.

He further observed that there is nothing to worry about when it comes to migration because, according to him, while there might be some bad eggs and negativity but looking at the bigger picture, the positive benefits surpasses whatever drawback any country can get from emigrants since they overwhelmingly bring about economic transformation and development of their host countries. He cited the technological advancement that Brazil has attained due to the huge concentration of Japanese migrants domiciled in that country.

“Do you know that the largest concentration of Japanese outside Japan, is in Brazil. See what they have achieved in technology there. See what the migrant community has done in the United Arab Emirates (UAE). The same thing applies to the United States of America (USA). Migrants made it what it is today. Migration has equally transformed Australia due to the contributions of migrants who built the country from the onset. So, South Africa is pretty much the same. This is why the US resort to migration programmes by bringing people to improve their work force”, he further stated.