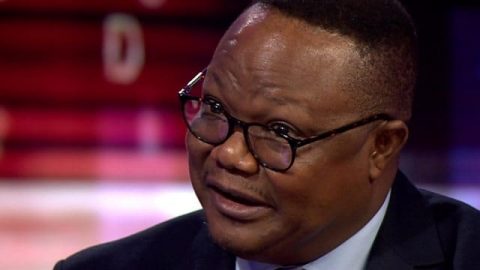 (AFRICAN EXAMINER) – A Tanzanian politician who survived being shot 16 times in an assassination attempt has been named as the country’s main opposition candidate in October’s general elections.

Tundu Lissu, of the Chadema party, is to compete against incumbent President John Magufuli on Oct. 28, his party announced on Wednesday.

“We have already written to the National Electoral Commission officials to inform them,” Chadema’s Secretary General, John Mnyika, told dpa.

Lissu has promised to stimulate the East African nation’s economy.

His opponent Magufuli, who is seeking a second term in office, is known internationally for his stance against homosexuality and for cracking down on press freedom.

Lissu survived an assassination attempt in September 2017, during which he was hit by 16 bullets while riding in his car, and had to undergo a series of operations at home and abroad.

To date, nobody has been arrested in connection with the shooting and Lissu has blamed authorities for failing to thoroughly investigate the incident.