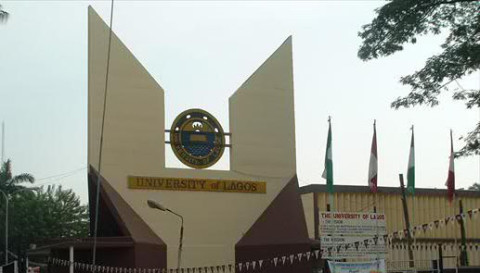 (AFRICAN EXAMINER) – The Federal Ministry of Education has confirmed that Chief John Momoh, Chairman of Channels Television, has been named as the acting Chairman of the Governing Council, University of Lagos, UNILAG.

Mr Momoh will take over from Dr. Wale Babalakin who had been asked to recuse himself along with the University’s embattled Vice-Chancellor, Prof. Oluwatoyin Ogundipe, following the setting up of Special Visitation Panel to look into the crisis rocking the institution.

Director of Press and Information in the ministry of Education, Bem Goong, said Tuesday morning, that Momoh, who is the President of the UNILAG Alumni, and has been a member of the council representing the association, has been named the acting Chairman of the Council.

A letter addressed to Mr Momoh dated August 21, 2020, and signed by the Permanent Secretary in the Federal Ministry of Education, Sonny Echono directed him to convene an emergency meeting of the council to consider and if found suitable, approve the senate nomination of the acting Vice-Chancellor for University of Lagos, in line with the enabling Act.

The letter is titled; “Emergency Meeting of the Governing Council of the University of Lagos”.

It further stated that Mr Momoh is to preside at the meeting in the absence of the substantive pro-chancellor/chairman of council who had recused himself in line with the visitor’s directive.

“You are to also submit a report on the decision of the council to the visitor through the honourable minister of education immediately thereafter”. The letter stated

An emergency governing council meeting will hold on Tuesday ahead of Wednesday’s planned inauguration of the visitation panel to the university earlier set up by the visitor, President Muhammadu Buhari.

Meanwhile, the ministry has also formally notified the National Universities Commission (NUC) of the directives of the president, and urged the regulatory body to make arrangements for the inauguration of the panel ahead of Wednesday, including provision of accommodation for nominated members who are based outside Abuja, the Federal Capital Territory.

A letter addressed to the executive secretary of NUC, Abubakar Rasheed directed the commission to give effect to the president’s directives “and ensure strict compliance.”

“The registrar/secretary to the senate as well as the council should immediately convene the meetings of the two (2) organs of the university to nominate and confirm the appointment of an acting vice chancellor, respectively; and

“The acting vice-chancellor shall oversee the affairs of the university pending government’s decision on the report of the special visitation panel.” the letter reads:

Recall that on Monday the Senate of UNILAG elected Prof. Folasade Ogunsola as Acting Vice Chancellor.