US Reps Move Against Deportation Of Cameroonian Asylum Seekers 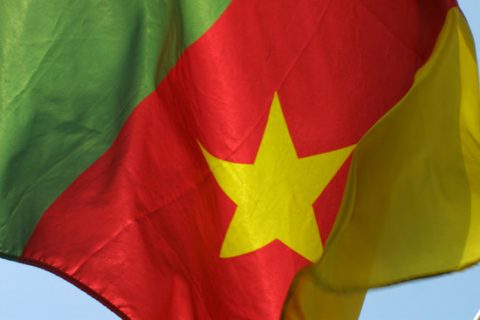 (AFRICAN EXAMINER) – Chair of the United States House of Representatives Foreign Affairs Subcommittee on Africa, Keren Bass (D-CA), along with 52 other Members of Congress, have called for a halt to the deportations of Cameroonian asylum seekers.

When the House was alerted that Africa asylum seekers from Cameroon and other African countries will be deported last week, congress members had jointly issued a statement insisting that their deportation should be put on hold until the new administration is sworn in and able to carefully review these claims, adding that anything otherwise is outrageous and unacceptable.

In October, the United States Immigration and Customs Enforcement (ICE) removed over 60 Cameroonians asylum seekers and 28 other African nationals despite recent allegations that many of these individuals were coerced into signing documents effectuating their removal.

The House therefore harped on the need to the US government to acknowledge and respect its responsibility to refugees, asylum seekers, immigrants and naturalized US citizens.

In addition, the House also urged the Department of Homeland Security to stop deportations of legitimate asylum seekers, including Camerooonians, fleeing state oppression and mass atrocity crimes due to wide spread violence.

This was contained in a Resolution submitted by Ms Bass and referred to the House Committee on Resolution.

The resolution also stressed the need for government to immediately provide alternative to detention of these asylum seekers, except in cases where a determination is made that  such individuals pose significant risk to public safety

The House added that the government should ensure that asylum seekers and other immigrants have access to clear information on their rights and obligations regarding their ongoing legal proceedings, case management and health services, including testing in a time of COVID-19.

The congress members equally called on the Home Land Security Urges, Office of the Inspector General to immediately investigate the allegations of civil and human rights violation committed against Cameroonian individuals in custody of ICE at Adams County, Winn and Jackson Parish Correctional Facilities and immediately pause the removal of all potential victims or cooperating witnesses of all alleged human rights violations until such investigation is complete

The House also urged the government of Cameroon to respect fundamental rights of Cameroonian citizens, including those removed from the US under orders of deportation, political activists and journalists.

The House further called on international community to use diplomatic tools to address the root causes of conflicts and displacement, including by pursuing accountability for war crimes and investing in peace building initiatives.

In a statement on Monday, Ms Bass said the United States must uphold its commitments under international treaties related to refugees and asylum-seekers and halt deportations of Cameroonian citizens.

“Many of the individuals who were deported last week were allegedly improperly coerced to sign voluntary deportation orders. Upon their arrival in Cameroon, many will be at imminent risk of death. To do this while we are transitioning between administrations is outrageous and unacceptable. I urge my colleagues to support this resolution”, she said.

I may be recalled that from 2012 to 2016 the number of Cameroonians applying for asylum in the US has increased from less 600 to more than 1,300. Moreover, the number of sub-Saharan African migrants, including Cameroonians entering the US through Mexico has also doubled from 2,700 in 2018 to 5,800 in 2019.

Due to the continuing conflicts in Cameroon, violence against and abuse of the civilian population are increasingly becoming very disturbing as cases of unlawful or arbitrary killings, disappearance by security forces, torture and armed detention by nonstate armed groups have become so rife.

According to current statistics, 700,000 people have been displaced in the northwest and southwest region alone with over 32,900,000 currently in need of humanitarian support, thousands have been killed and the United Nations estimates that there are more than 58,000 refugees seeking safety out of Cameroon.