Why Bola Ige Was Murdered -Son 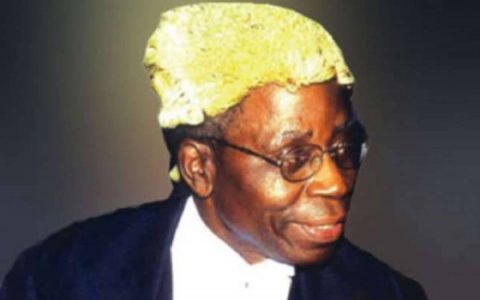 (AFRICAN EXAMINER) – Osun State former commissioner for Lands and Physical planning, Muyiwa Ige, has disclosed the reason why his father was killed.

According to Muyiwa, the former Attorney General of the federation and Minister of Justice was killed because of envy.

African Examiner recalls that that Bola Ige was murdered by unknown assailants in Ibadan in 2001.

Muyiwa Ige, while speaking in a posthumous birthday anniversary for the legal icon at St Anne’s Church, Molete, Ibadan on Sunday, said his father’s assailants shall “continually be hunted by their evil deeds”.

He said: “My father really loved young people. He also believed in the emancipation of the common man and elevating young people. A lot of his peers didn’t like him for that because they could not understand the young people.

“But, that was the essence of Bola Ige, and it was part of the envy that ate into the souls of some of those who didn’t like him. Nonetheless, that was their problem. Bola Ige came to this world, did his bit, and his legacy lives on.”

Making a comparison of the past and now, the commissioner decried  “the gradual slide of good governance” in Nigeria.

He added: “Now, you can’t even differentiate between A and B. There is cross-carpeting every day. Consistency is not there.

“We need to go back and study what they did well in their days and ensure that there is a vibrant mentoring programme, especially for our youths. There are great leaders out there that we can still point to that can support young people.”