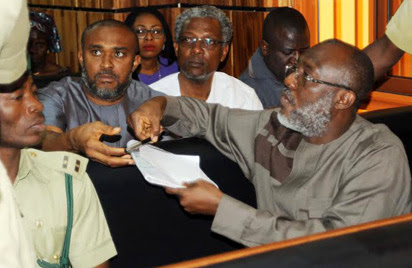 While ruling on the application, Justice Okon Abang held that Metuh’s prayer lacked merit, as Dasuki was not a ‘’compelable’’ witness.

Justice Abang also declined application by Dasuki that his international passport be released so that he could travel abroad for medical attention.
Metuh and his private firm, Dextra Limited has been on trial since last year February over alleged money laundering.

The sum he is alleged to receive was from the office of former NSA, Sambo. The money is part of the $1.2 million Boko Haram arms fund.