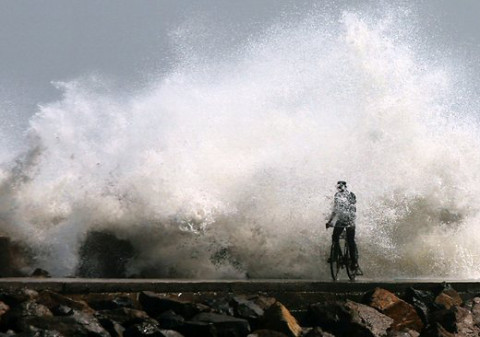 (AFRICAN EXAMINER) – At least nine people were reported killed after tropical cyclone Eloise hit Africa’s east coast at the weekend with wind gusts of up to 160 kilometres per hour and heavy rain.

The majority of the deaths were reported in worst-hit Mozambican port city of Beira, according to authorities – most of them killed by falling trees.

The districts of Buzi and Nhamatanda were affected by severe flooding.

The cyclone, named Eloise by meteorologists, weakened as it moved towards neighbouring Zimbabwe, Botswana and parts of South Africa.

It came from the island nation of Madagascar, where authorities said there had been at least one death and flooding.

According to Mozambique’s National Institute of Meteorology (INAM), Beira saw 250 millimetres of rain fall within 24 hours.