After 20 Years, Arsene Wenger Dilly-Dally With Gunners on Next Season Deal 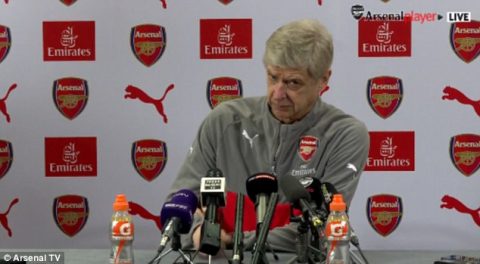 BALTIMORE, MD (AFRICAN EXAMINER) – Long-serving Arsenal boss, Arsene Wenger Friday declared he will be active in next season, may be with the Gunners or another place.

Wenger, 67, made the declaration at the end of one of the most turbulent weeks of his two-decade tenure as Gunners boss.

In his post-match speech Wednesday’s 5-1 Champions League defeat by Bayern Munich, several ex-players postulated they believed Wenger’s time in Arsenal was gradually coming to an end.

Wenger’s contract expires at the end of this season and has hinted that he would decide on a new deal in March or April.

“No matter what happens I will manage for another season. Whether it’s here or somewhere else, that is for sure,” Wenger declared Friday.

“If I said March or April it is because I didn’t know. I do not want to come back on that.

“I am used to the criticism. I think in life it’s important to do what you think is right and all the rest is judgement. I am in a public job and I have to accept that, but I have to behave with my values’’ the Frenchman restated.

Wenger, who has been in charge of Arsenal since 1996, said: “We let everyone judge and criticize; we have to deal with that. We have to bounce back, that is what life is about’’.